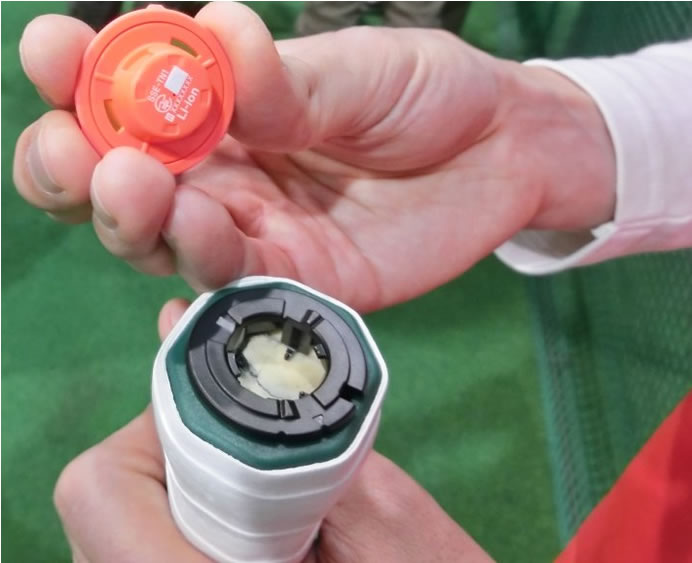 Sony Smart Tennis Sensor SSE-TN1 is mounted on the end portion of the racket grip. The sensor via Bluetooth and WiFi immediately analyze the shot and displays the result on the tablet or smartphone. With the playing data stored on the smartphone, it is possible to share the data with the coach, for their expert opinion for mastering the game. Sony Smart Tennis Sensor SSE-TN1 records the data and swing type, such as forehand / backhand, position of the ball with racket and also the rotation of the ball speed and swing speed etc.

The data can be viewed immediately. The user can save the playing data on memory mode of the sensor without connecting the smartphone. The built-in memory can store the data corresponding to about 12,000 balls. Sony racket-mounted Smart Tennis Sensor SSE-TN1 measures 31.3mm, 17.6mm (height) and weighs 8g. Charging time is approximately 90 minutes. Sony SSE-TN1 is available for approximately 18,000 yen($172). 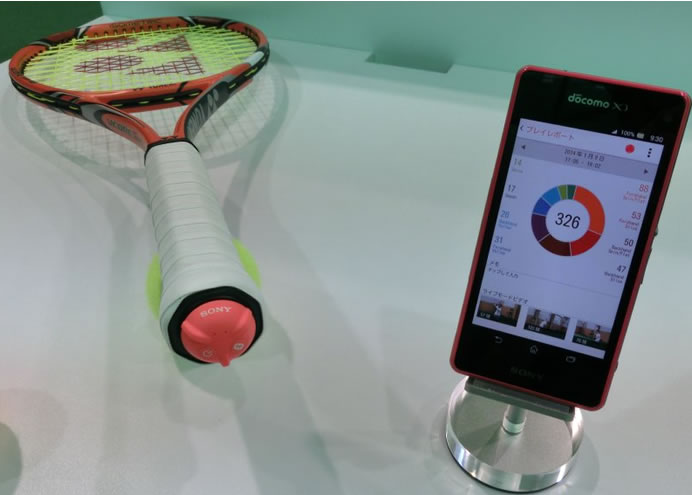