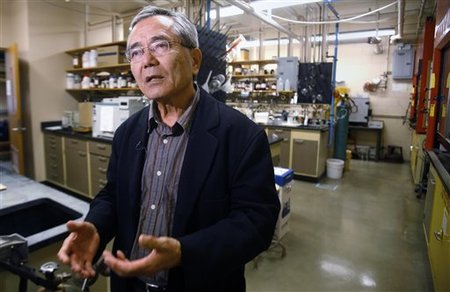 Sony today announced that Professor Ei-ichi Negishi, winner of the 2010 Nobel Prize in Chemistry, Distinguished Professor of Chemistry at Purdue University (USA) and Distinguished Visiting Professor at Hokkaido University Catalysis Research Center, has accepted the appointment of Executive Research Advisor to Sony for research and development in the field of materials and devices, specifically in the area of organic electronics. In this role, Professor Negishi will offer advice on the various areas of organic electronics research and development Sony is conducting at both internal and external research centers, by participating in research progress review meetings and through other opportunities. Through the involvement of such a renowned expert in this field, Sony aims to stimulate its researchers in their organics electronics research and development, and accelerate their R&D processes as a result.

Professor Negishi was awarded the 2010 Nobel Prize in Chemistry together with Akira Suzuki, Professor Emeritus at Hokkaido University and Richard F. Heck, Professor Emeritus at University of Delaware, for their research findings in ‘palladium-catalyzed cross couplings in organic synthesis’, which is being used widely throughout the world as a technology that drastically accelerates organic synthesis reactivity, and that has contributed to the technological advancement of various industries, including pharmaceuticals, agrichemicals, plastics and liquid crystal.