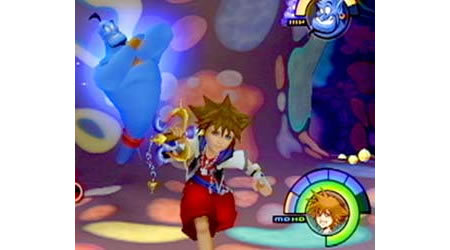 “Home” from Sony is its own virtual universe of social networks and online worlds linked to a new 3-D game constructed almost entirely by players.”Home” is a real-time, networked world for the Sony PlayStation 3 in which players create human-looking characters called avatars. They can buy clothing, furniture and videos to play on a virtual flat-screen television in their virtual apartments. The concept appears to be based on Linden Lab’s “Second Life,” a Web-based phenomenon with nearly 4.5 million residents. But Sony’s world will feature heavy doses of video games for avatars to play, as well as virtual arcades, music, movies and other Sony-approved media downloads. Sony will launch a beta version in April and officially debut in the fall as a free download on the PlayStation online store. Sony’s second virtual world for PlayStation users is called “LittleBigPlanet” and allows players to build obstacle courses, puzzles and other games for avatars that resemble beanbags — characters Sony named “sack boys.” The game, which requires a combination of cooperation and competition, will debut early next year.

A sample version will be available in the fall. The games are part of a companywide push that Tokyo-based Sony calls “Game 3.0.” Executives who introduced the games Wednesday at the Game Developer Conference in San Francisco called it an evolution in the video game industry.