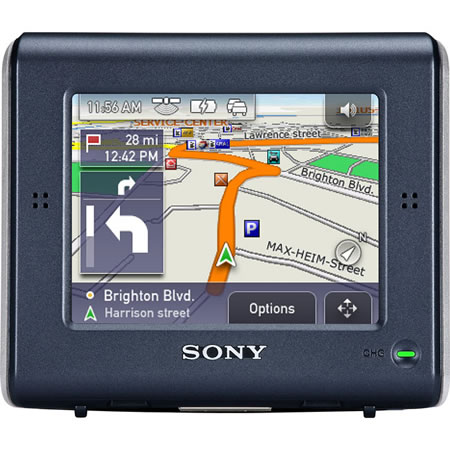 For daily commuters who want to avoid traffic, Sony Electronics today revealed the latest nav-u personal navigation system. The new NV-U71T model is the second offering in the company’s navigation lineup. Ready to use right out of the box, this slimmer, easy-to-use device helps drivers map a destination, locate points of interest, find home again and avoid traffic congestion. With an included RDS-TMC real-time traffic receiver built into a supplied cradle, the new Sony NV-U71T notifies drivers of heavy traffic areas and automatically gives them an alternate route choice. With anti-glare coating, it’s easy to see the screen in any lighting. A new super-suction cup for the mounting bracket is made from material that safely adheres to most surfaces in the car. With the new mounting device, Sony NV-U71T can be mounted on most dashboards or a surface on the center console. 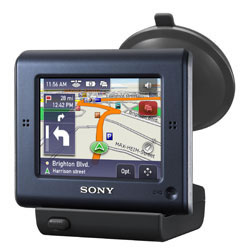 The unit’s compact design makes it a breeze to transfer between vehicles. Drivers can choose from nearly seven million points of interest — four times as many as its predecessor — and destinations from U.S. and Canadian maps pre-loaded on its 2GB Flash memory. Maps of Alaska, Canada, Hawaii and Puerto Rico also come pre-installed on the device. A powerful speaker ensures that voice prompts are clear and audible. An embedded rechargeable lithium-ion battery allows up to six hours of operation without using the supplied car power adapter. Pre-orders for the dark metallic blue and silver Sony NV-U71T navigation device are now being accepted at www.sonystyle.com/navu. The device is expected to be available this winter for about $500 at SonyStyle online.