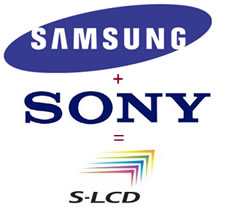 Sony is in talks to end its joint venture with Samsung for the production of LCD panel for televisions. Sony, which owns around half of the South Korea-based S-LCD Corp., aims to sell its shareholding to Samsung. Sony hopes to reach an agreement with Samsung by the end of this year. It is expected that Sony’s TV-related business will be in deficit in the current business year through next March for the eighth straight year. Established in 2004, S-LCD represents a 50:50 investment by Samsung and Sony. The joint venture is dedicated to the manufacturing of LCD panels for TVs. S-LCD’s manufacturing facility boasts the most advanced manufacturing equipment for 7th-generation LCD panels. Sony has invested 1.95 trillion won ($1.71 billion) at the current exchange rate, so far and has received around half of the venture’s LCD output in accordance with its investment ratio.

However, prices of LCDs have declined sharply as a result of a fall in replacement demand for TVs in Japan due to the near completion of the transition to digital terrestrial broadcasts there.The economic slowdown in the United States and Europe has also been a factor. To cut cost, Sony has decided to increase procurement of cheap displays from Taiwanese and other manufacturers rather than focusing on the joint venture.