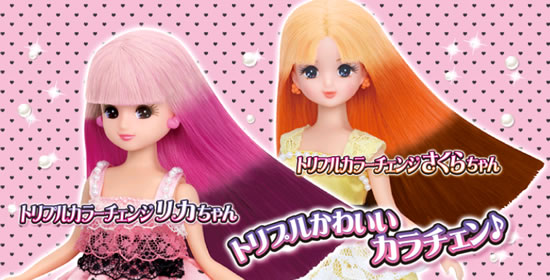 Takara Tomy’s Triple Color Change Licca-chan doll, whose hair color changes with the temperature, won the girls’ toy category of the Japan Toy Prize on Tuesday, preceding the 52nd Annual International Toy Show that kicks off Thursday. Kanae Ina, Takara Tomy’s marketing officer told reporters in Tokyo that Licca-chan has always had an important place in every girls’ life as they were growing up. 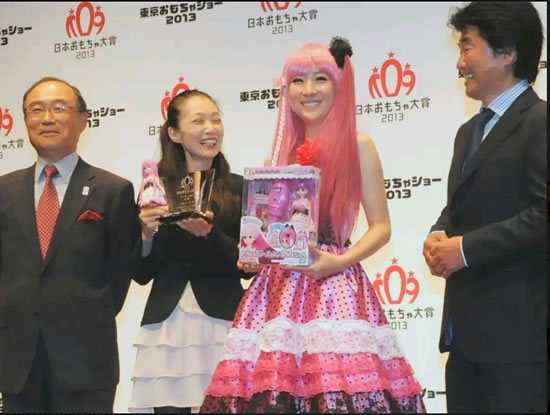 It has been 46 years since Licca-chan debuted on the market and what is new about the latest Licca-chan is the new material developed for Takara Tomy by Asahi Kasei that allows dolls hair color to change into three different colors when touched by warm hands, a cold brush or even a hot dryer.

The toy prize comes in seven categories, including boys’ toy, educational toy and “high-target” toy designed for adults. A total of 148 toy manufacturers, including 18 overseas makers, will participate in the toy show, which starts Thursday at Tokyo Big Sight in Koto Ward. It will be open to the public Saturday and Sunday.