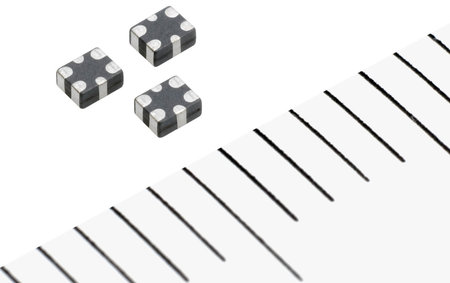 TDK announced the world’s first thin-film common mode filter with both high-speed differential transmission common mode noise suppression and ESD protection in a single component. The new TDK filter is the same size as existing TDK common mode filters (1.25 × 1.00 × 0.60 mm3), but using the proprietary thin-film circuit formation and materials technologies, TDK successfully added an ESD suppressor function to the EMI function already present in the internal structure of existing filters. As a result, an additional varistor for ESD suppression is no longer needed.

For manufacturers this means a reduction in the number of components and their mounting area, thus contributing to the further miniaturization of mobile devices.The new filter is perfect for use with high-speed, high-volume interfaces such as HDMI, USB 3.0, and SATA in consumer electronics applications. Mass production is scheduled to begin in April 2010.