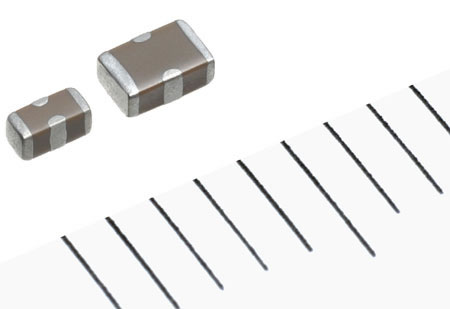 Mass production of the TDK capacitor, available in 1608 and 2012 configurations, began in February.