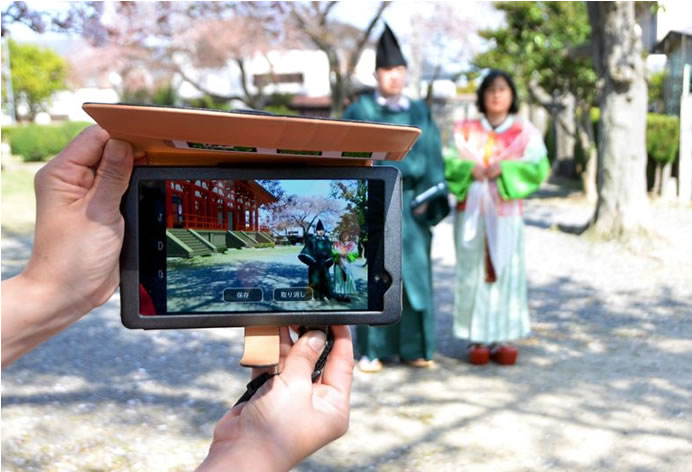 Visitors to the site of the Nagaokakyu palace in Japan, built by Emperor Kanmu in the eighth century, can now call up images of how it used to look as they tour the ruins. The app for free download on smartphones and tablet devices has been developed by Muko city cultural property research office. As it is very difficult of building a replica complex within a residential zone covering many historical sites, the office says it wanted visitors to have a simulated experience of Nagaokakyu’s wonders through digital technology like augmented reality, or “AR.”

Using the global positioning system (GPS) feature, it allows the user to see on their screen what the scenery in their current location looked like over 1,200 years ago. In addition to buildings, historical figures connected to the palace, such as Emperor Kanmu, also appear so users can take photos with them. The app covers around 70 percent of the Nagaokakyu site within the city of Muko. 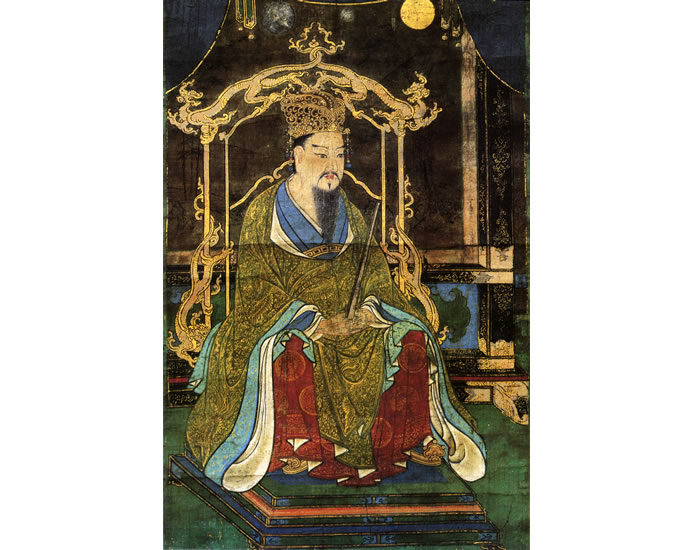 Emperor Kanmu (737-806) in 784 relocated Japan’s capital from Heijokyo, modern-day Nara, to Nagaokakyo, located in modern-day Muko city, Nagaokakyo city, part of Kyoto and Oyamazaki town, where it remained until 794. The app can be downloaded from the Apple Store and Google Play. Optional language settings include English, Chinese and Korean.