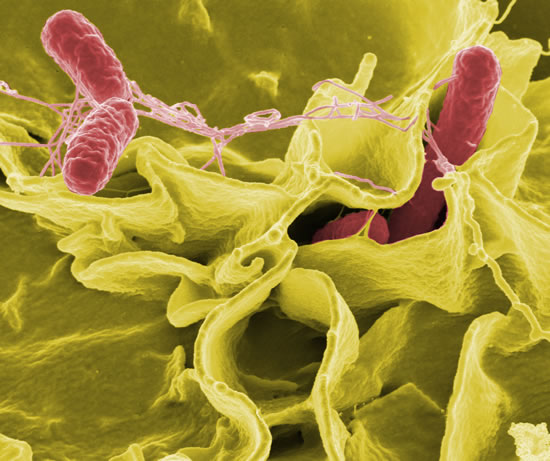 Using genes as interchangeable parts, synthetic biologists design cellular circuits that can perform new functions, such as sensing environmental conditions. However, the complexity that can be achieved in such circuits has been limited by a critical bottleneck: the difficulty in assembling genetic components that don’t interfere with each other. Unlike electronic circuits on a silicon chip, biological circuits inside a cell cannot be physically isolated from one another. The cell is sort of a burrito. It has everything mixed together, says Christopher Voigt, an associate professor of biological engineering at MIT.

Because all the cellular machinery for reading genes and synthesizing proteins is jumbled together, researchers have to be careful that proteins that control one part of their synthetic circuit don’t hinder other parts of the circuit. Voigt and his students have now developed circuit components that don’t interfere with one another, allowing them to produce the most complex synthetic circuit ever built. The circuit, described in the Oct. 7 issue of Nature, integrates four sensors for different molecules. Such circuits could be used in cells to precisely monitor their environments and respond appropriately.
Source: