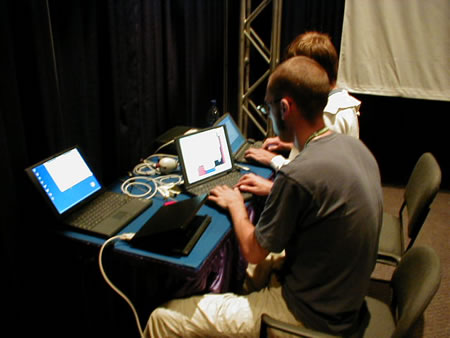 Three Israeli computer engineers managed to hack Apple’s iPhone system, making it available for use through local carriers. Cellcom and Orange. The three Israeli computer engineers were also able to lend the iPhone a Hebrew interface, thus breaking Apple’s restriction on using the phone only through the AT&T company in United States. Dubbi, Ofir and Eli, the three Israeli hackers, bought their iPhones abroad, long before the thought of hacking its systems entered their minds.

Breaking into the system didn’t cost anything, but did take a long time, until one night it just started working added Eli. The three are not ready to share just how they got the iPhone to work, but did say practically anyone could do it.