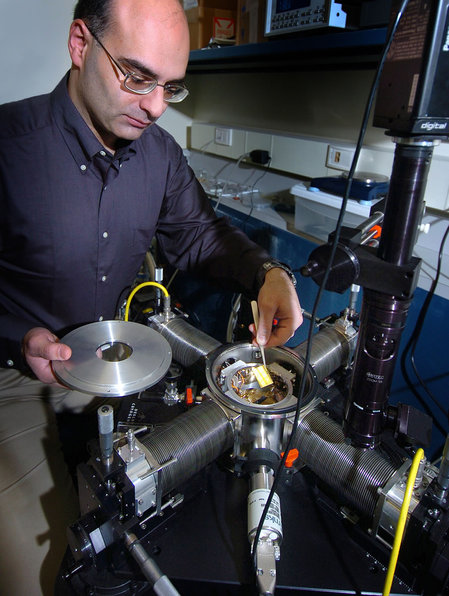 Researchers at Purdue University, working with the U.S. Air Force, have developed tiny wireless sensors resilient enough to survive the harsh conditions inside jet engines to detect when critical bearings are close to failing and prevent breakdowns. The devices are an example of an emerging technology known as “micro electromechanical systems,” or MEMS, which are machines that combine electronic and mechanical components on a microscopic scale.The engine bearing, must function amid temperatures of about 300 degrees Celsius, or 572 degrees Fahrenheit.