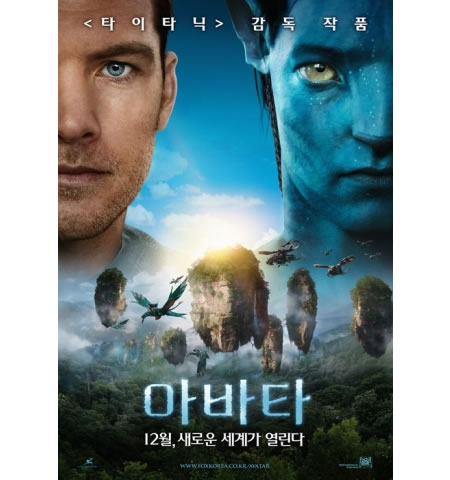 Top executives from Samsung and LG have flocked to local theatres to watch Avatar in an effort to evaluate the film’s 3D technology and prepare for competition in the burgeoning 3D TV market. LG Group Chairman Koo Bon-moo, along with high ranking executives from the group’s affiliates, attended a screening in downtown Seoul last week. Yoon Boo-keun, head of Samsung’s TV division, also attended a screening of the film recently, saying afterwards that the 3D TV market is expected to grow faster than previously thought. Samsung has so far claimed the largest share of world’s overall TV market at over 20 percent in 2009, followed by LG with 10 percent. Samsung ranked top in the Korean market with an over 50 percent market share while LG took up 46 percent.

Samsung and LG, both of which dominate the global TV market, have already begun to compete in order to gain the upper hand in the 3D TV market. Both Samsung and LG plan to launch an aggressive marketing campaign for their 3D TV models sooner or later. Avatar, which tells the story, through 3D technology, of a disabled U.S. marine who infiltrates a tribe of giant blue aliens inhabiting a faraway planet, became the first theatrical release in South Korea to reach 112.3 billion won (US$100 million) in ticket sales