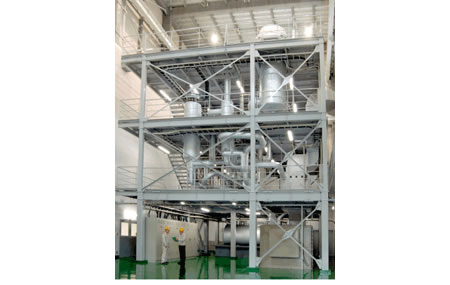 < Toshiba will accelerate improved development efficiency in sodium-related technology and equipment. The test loop is one of the largest operated by any Japanese manufacturer in terms of flow rate and the heating and cooling capacity of liquid sodium, widely recognized as the preferred coolant for fast reactors.
Toshiba also develops dedicated pumps, steam generators and measuring instruments for liquid-sodium systems, and the test loop will be used to confirm their performance to specifications.