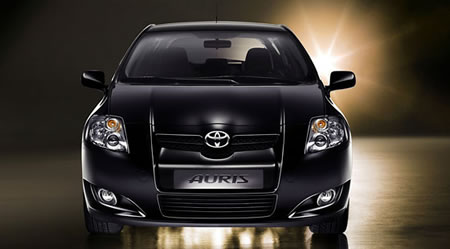 Toyota Motor Corporation announced today the Japanese launch of the Auris, a strategic compact passenger vehicle for both Japan and Europe. In Japan, the Auris is available through “Netz” dealers nationwide; its European release is scheduled for the spring of 2007. The Auris name is derived from the English word “aura” meaning “a distinctive quality or atmosphere,” which expresses the distinctive sense of presence of the vehicle. Created with “performance you can feel” as its development concept, the Toyota Auris is designed to transcend the conventional notion of a compact vehicle, with individuality and exceptional performance that convey its appeal the moment you see it, as well as when you get in and drive it. 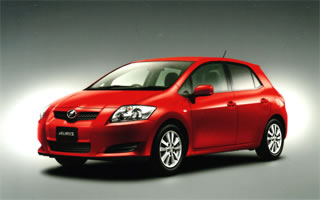 A newly developed platform, new 1.8-liter engine and newly designed suspension provide outstanding vehicle performance and engaging driving pleasure, while also achieving balance between excellent maneuverability and a spacious, highly functional interior that rivals that of a medium-class vehicle. The Auris also boasts safety and environmental performance at the top levels of its class. With a monthly sale target of 3,000 units in Japan, the Toyota Auris is slated for Dealer launch on October 28 and 29, 2006 in Japan.