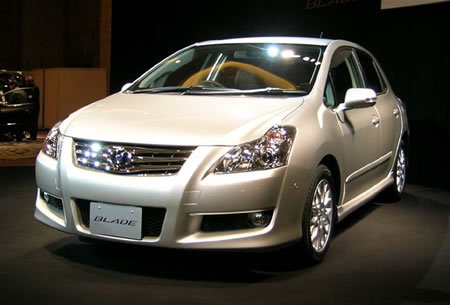 Toyota announced today the nationwide launch in Japan of the compact hatchback Blade through Toyota and Toyopet dealers. The Toyota Blade has been developed as a high-class hatchback for stylish adults aimed at achieving a new appeal by satisfying the pride of those in it and offering them a sense of fun with eye-catching advanced styling, as well as with the safety and comfort features and driving performance of a luxury sedan, all in an easy-to-handle size. By equipping the compact body with a 2.4-liter engine, the Blade exhibits dynamic performance with power to spare, and the newly designed suspension provides superior cruising performance. In addition to its outstanding environmental performance, the vehicle also achieves safety performance at the highest levels in its class through the adoption of VSC (Vehicle Stability Control) and TRC (Traction Control) systems, SRS side and curtain shield airbags and driver’s seat SRS knee air bags as standard on all vehicles in the series. 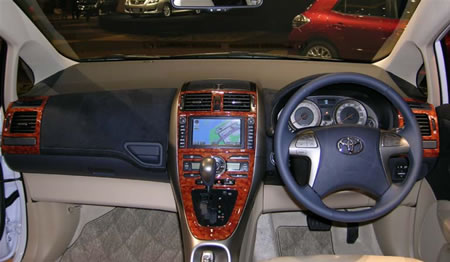 The exterior has a deeply sculpted form that evokes an energetic feeling that expresses the vehicle’s powerful driving performance and conveys a sense of high status, while meticulous attention has been paid to every detail of the interior, including materials and finishes, to create a high-quality and stylish atmosphere. As the highest-class Toyota brand hatchback, the Blade seeks to appeal to the sensitivities of customers with an inclination toward refined and stylish lifestyles and is designed to pioneer a new vehicle market. The Toyota blade starts from 2,247,000 Yen ($18,974).