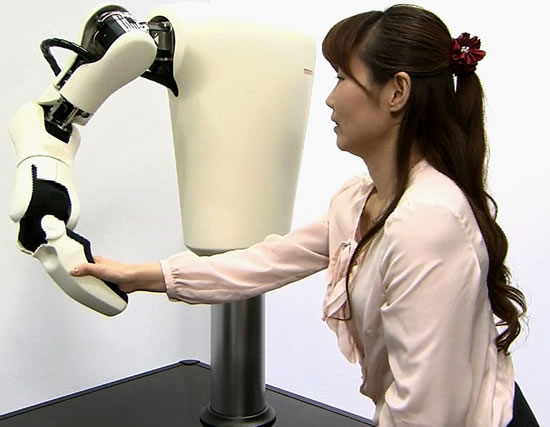 Toyota’s new Torque Servo Robot Arm, on display at the International Robot Exhibition 2013 in Tokyo, is controlled by the physical touch of the operator―not a keyboard or a joystick―allowing the operator to physically specify movements. The arm responds quickly, smoothly and flexibly, and can be trained to maintain a certain “hand” position even if the upper arm or the elbow is moved. 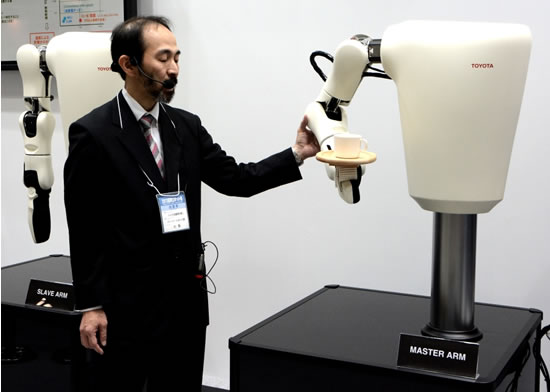 What’s more, if the arm accidentally comes into contact with someone, it will automatically try to cushion the impact, which would make it ideal for carrying out tasks in a busy bar or restaurant. A great way to cut down on spillage!

Toyota hopes that robots will one day be completely autonomous, but for now we think it’s more practical to combine human operation with autonomous robot functions. This requires remote-force-feedback technology, such as that used in the Torque Servo Robot Arm.