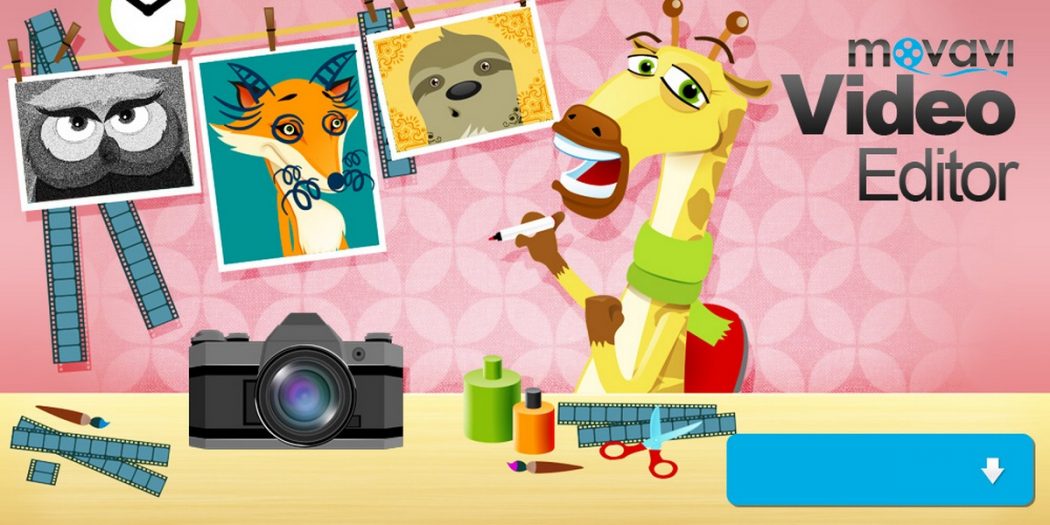 Although it may sound unfamiliar, odds are you know a lot more about the Chroma Key effect than you realize – and have certainly seen it in action. But instead of ‘Chroma Key’, you probably know it by its colloquial name: ‘Green screen’ effect.

Regardless of what you call it, the Chroma Key effect involves filming a subject against a background of a solid color (normally green) and then replacing that background with video footage. It is used extensively in Hollywood blockbusters, but has numerous applications in other video productions as well.

Despite the fact that the Chroma Key effect sounds fairly advanced and you may feel it is beyond your level of expertise – that doesn’t necessarily have to be the case. In fact with the help of Movavi Video Editor you’ll be able to use the Chroma Key effect in your videos without much trouble at all.

Both the videos that you added to Movavi Video Editor will appear in the ‘Timeline’ at the lower part of the interface. Locate the foreground video and drag it upwards into the ‘Overlay track’ while leaving the background video in the ‘Video track’.

When you are ready to use Movavi Video Editor to implement the Chroma Key effect, double-click the foreground video in the ‘Overlay track’. Above the ‘Preview’ window on the right you’ll see a list that you can expand and select ‘Cover’ – then click ‘Apply’. The reason for this is so that your foreground video completely covers the background video.

Look over at the ‘Tools’ menu to the left of the ‘Preview’ window and find then select the ‘Chroma Key’ option. Then, click on the background in the ‘Preview’ window (i.e. the solid color). At this point the color of the little box in the ‘Chroma Key’ menu should match your background, and you can adjust the other items there such as the Tolerance, Opacity, Noise, and Edges to make the background video more visible.

Once the background video is clear, you will have successfully implemented the Chroma Key effect using Movavi Video Editor. If you’re satisfied you can save it then and there in any video format you require. Alternatively you could also make use of the other features and tools present to cut and join video segments, apply other special effects, add captions, include audio tracks, insert transitions, and much more.

As you can see despite how advanced it may sound, using the Chroma Key (or green screen) effect isn’t that difficult with Movavi Video Editor due to how intuitively it is designed. Rest assured all of its other features have the same approach – which is what makes it such an impressive editor.