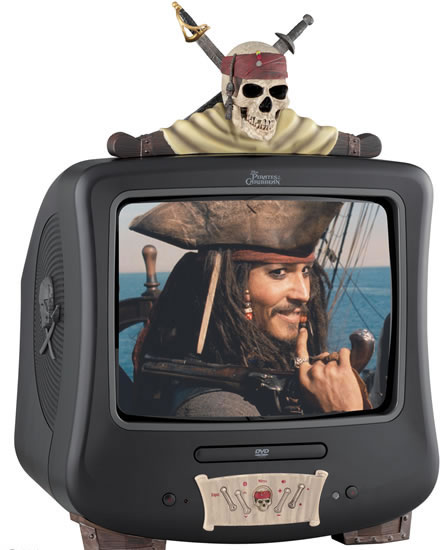 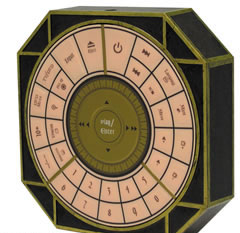 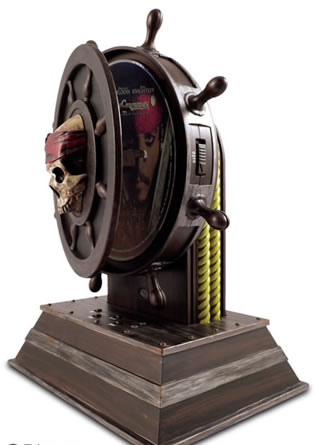 The TV/DVD comes with the original Pirates of the Caribbean screen saver also. The eye of the skeleton turns red when the DVD player is operated with the remote. The CD player represents Jones’s heart and turns to red when powered on. 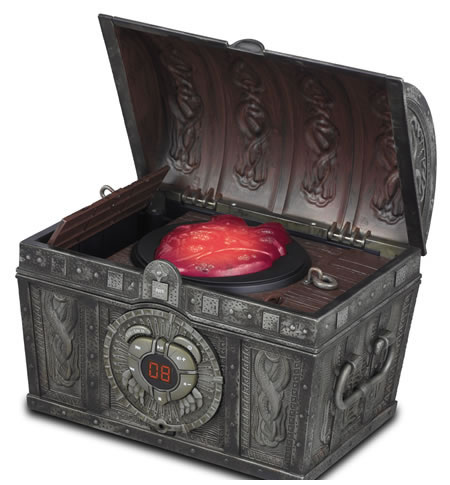