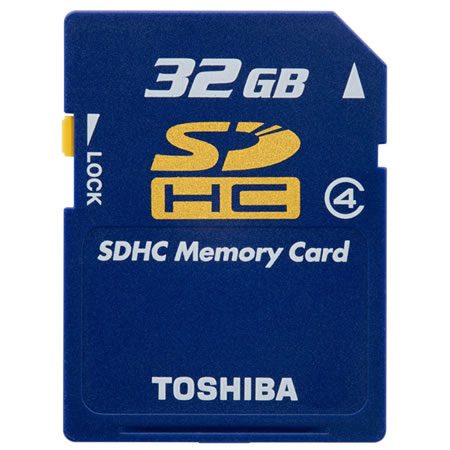 Toshiba has announced the introduction of the world’s first 32 GB SDHC Memory Card SH-HC032GT4 which will be available by January 2007. The new cards will be capable of a write speed in excess of 6MB per second and useable with all devices compatible with the SDHC specification. With some compact cameras now topping 10 Megapixels and entry-level DSLRs increasingly using SD format, the arrival of higher capacity cards is sure to be welcomed by many. The new Toshiba 32GB SDHC Memory Card meets Class 4 in the “SD Speed Class”, requiring high speed writing of at least 4MB per second, up to 6MB per second. Toshiba will also sell new 16 GB SDHC Memory Card SD-HC016GT4 by October 2007.