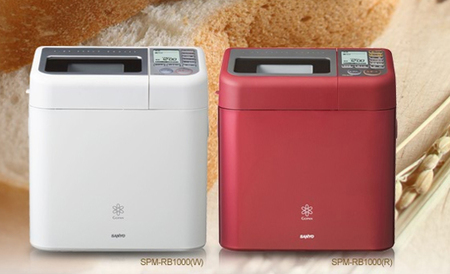 Sanyo’s Gopan, a machine that bakes bread from rice, has been such a smash hit since its November debut that the manufacturer has had to stop taking orders. The Gopan represents seven years of cross-division effort by Sanyo engineers. Sanyo hopes Gopan will hopefully help curb Japan’s long-declining rice consumption and raise the nation’s food self-sufficiency, the worst among major industrialized countries. Sanyo Gopan turns uncooked rice, along with other ingredients including salt and yeast, into a fresh loaf in about four hours at the push of a button.

Despite its hefty price of ¥50,000 ($607), Sanyo received a deluge of advance orders for the product. As a result, it had to delay the launch by a month. But even after the launch, it had to stop taking orders so production could catch up with the huge demand. Sanyo plans to boost Gopan production and aims to resume taking orders around April. Sanyo plans to launch the product overseas in fiscal 2011 or later.