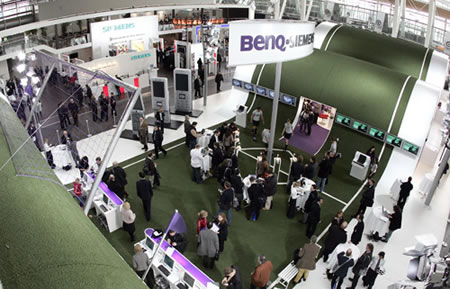 The world’s largest information industry fair, with more than 6,000 exhibitors from 77 countries, opened in the German city Hannover on Thursday.The fair, known as the Center for Office and Information Technology (CeBIT), will run until March 21.Of the companies taking part in the fair, about 2,700 companies come from Germany, while the remaining 3,311 come from 77 countries around the world. The 1,600 exhibitions from Asia make up the biggest group of foreign exhibitors. The fair, which started in 1986, invited Russia as “partner country” for this year. Over 150 Russian exhibitors are invited, making it the fourth biggest exhibitor.