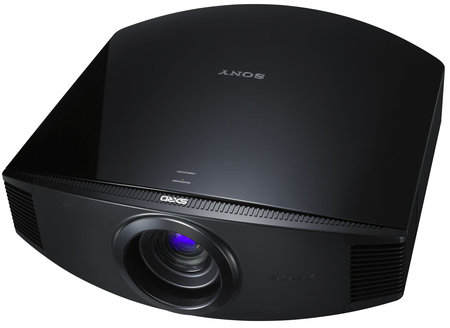 The Sony VPL-VW90ES is the first projector to be been branded with Sony’s Elevated Standard (ES) moniker, signifying an emphasis on high build quality and outstanding video experience. It was also engineered to integrate seamlessly third-party control systems. The Sony VPL-VW90ES SXRD 3D front projector will be available in November for about $10,000. It will come equipped with two pair of Sony active shutter 3D glasses and a built in 3D transmitter.