ASIMO, the world’s most advanced humanoid robot made a return trip to Switzerland this week to attend the Auto Zürich Car Show, the biggest motor show in the German-speaking part of the country. ASIMO is no stranger to the Alpine region, having visited five times in the last five years. ASIMO arrived in Zürich on Wednesday as a star guest at the show’s opening party. 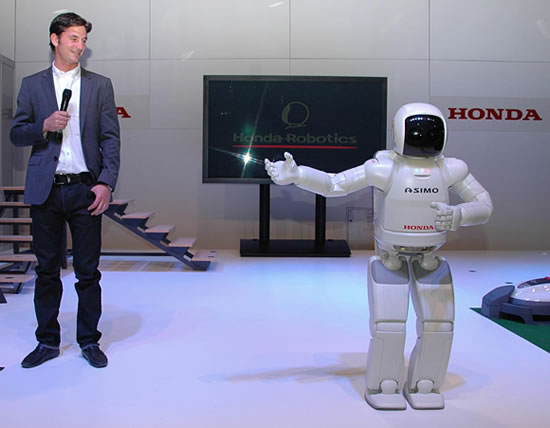 At the event ASIMO joined Honda Switzerland President, Hiroshi Nomura, on stage to present Olympic show jumping gold medallist, and Honda’s recently appointed ambassador in Switzerland, Steve Guerdat, with an award. In total, ASIMO will be performing 19 shows to the public whilst in Zurich, which will feature a unique showcase of Miimo, Honda’s recently launched robot lawnmower.