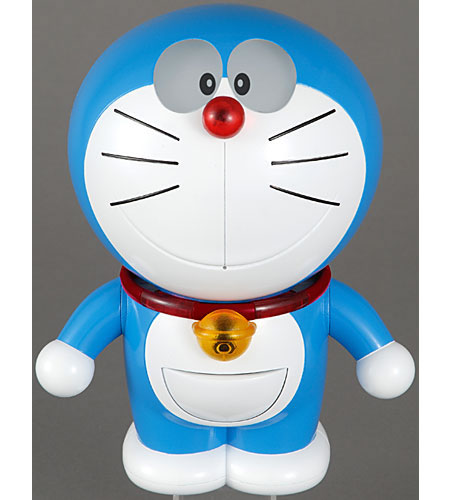 Bandai today announced the latest robot version of the popular Japanese cartoon character Doraemon. The Bandai Doraemon – My Communication Robot with 11 features is 16.5 cm tall, weighs 360g and is stuffed with the latest technology to make it more friendly and intelligent. With temperature sensors mounted on seven different parts of the body, can react to sound, light and temperature. It can talk about 1300 words spoken with animated voice of famous Japanese TV actress Wasabi Mizuta. Using speech recognition technology, the Bandai Doraemon enjoys chatting. The Bandai Doraemon expresses its emotions via the built in LCD. 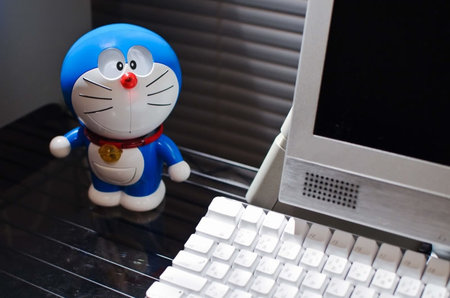 Bandai Doraemon- My Communication Robot will be available in Japan from September 3 for approximately 31,500 yen ($328). Bandai plans to sell 10,000 units this year. Doraemon is a Japanese manga series created by Fujiko F. Fujio (the pen name of Hiroshi Fujimoto) which later became an anime series and Asian franchise. The series is about a robotic cat named Doraemon, who travels back in time from the 22nd century to aid a schoolboy, Nobita Nobi. 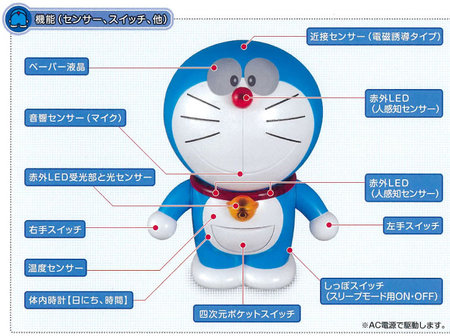