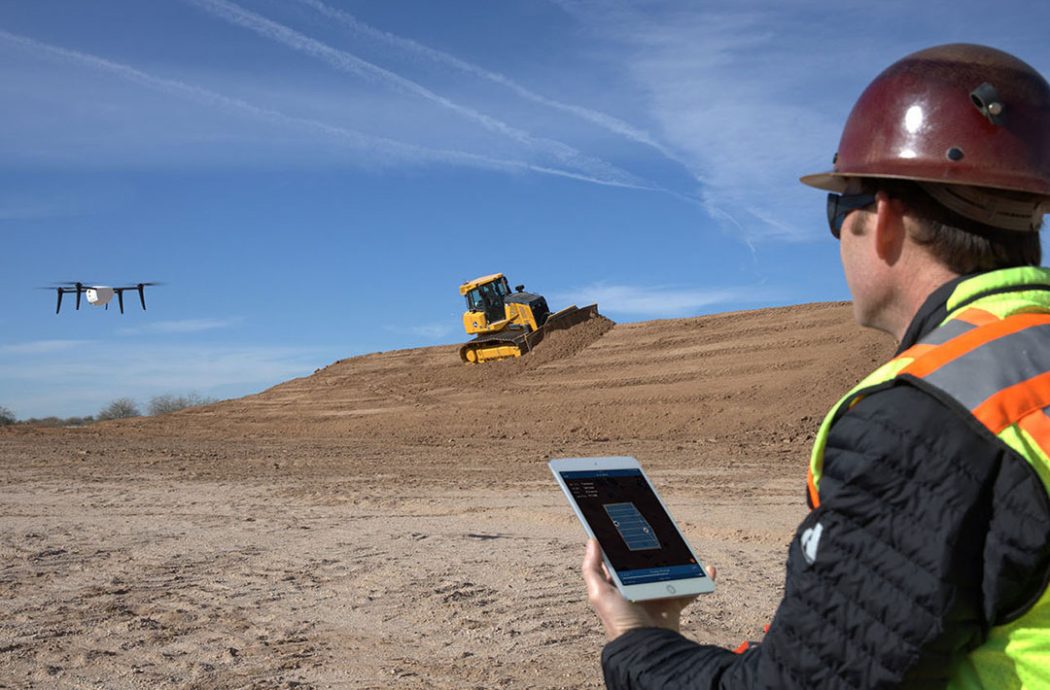 Before the boom: automated drones and mining blast prep work

Ask the average person what the most important part of a mine site blast is and they will smile slowly while confidently asserting that it is obviously the part where stuff blows up. Ask a drill or blast engineer the same question and with head lowered to hands, voice strained with exasperation, he or she will tell you it’s the exhaustive checking, re-checking and alignment perfecting that has to come before anyone can even think about detonation.

For every mining professional out there who has ever thought there has to be a better way, one that completes the necessary tasks much more quickly while also increasing blast efficiency and minimizing the risk to human lives – that better has arrived.

The automated drone advantage
Drones have been a much buzzed about advancement in industries ranging from agriculture to port security, and while they are undoubtedly an exciting development, it’s only the drones engineered with end-to-end automation that can truly produce the cost and time savings promised by these unmanned aerial vehicles.

End to end automation means a drone can complete its operations with minimal human intervention, if any at all. Not only can an automated drone launch, fly, and land on its own, but it can collect, transmit and process data and complete its own maintenance including payload and sensor changing, and battery swapping. This eliminates the significant expense of a drone pilot, the time spent waiting for a drone pilot for on-demand missions, downtime waiting for maintenance to be completed, and the potential for human error or inexact flying missions.

So when it comes to drones for mining, automation is the only real option. With that said, here’s what an automated drone can do to improve the preparation process for mine site blasting.

Survey says
Much of the essential information required for a blast plan comes from surveying, traditionally one of the most onerous jobs in mining. Surveying a future blast site using traditional surveying methods is a time-consuming endeavor that endangers human surveyors in the hazardous environment of a mine site and limits the number of survey points that can be used.

With an automated drone, surveying missions can be flown either as scheduled or on-demand, collecting data, photos and other imagery using millions of points, completing in hours what would take human surveyors days. It’s also easy to send an automated drone back out on-demand to gather more data from specific areas that may be of concern to blast engineers, ensuring access to all available information. Such a drone can also automatically process surveying data to create accurate 3D models and digital elevation models to provide the foundation for a precise blast plan. Altogether, the surveying capabilities of an automated drone present tremendous time and cost savings as well as increased accuracy, and that increased accuracy carries over into the next phase of blast preparations.

Precision in drilling
Blast plans are developed to not only unearth an expected output, but to control the size of the fragmentation produced in order to minimize loading and crushing costs, and control the wear and tear on equipment.

For a blast that goes exactly as planned and produces the sought-after output right down to the fragmentation size, the most precise drilling is necessary, and that comes down to drill-hole alignment. An automated drone can efficiently compare a georeferenced image of actual drill hole positions with the positioning specified in the plan, easily finding areas of concern in need of further attention. This gives drill and blast engineers an unprecedented level of control, enabling them to produce blasts that are utterly predictable in size and results to minimize costs, maximize profits, and of course help ensure the safety of the site – the top priority of any open pit mine professional. Speaking of safety…

The utmost imperative
As of July of 2017, there have been 14 deaths at mines in the United States alone, according to the Department of Labor. Blasting-related accidents rank as the second biggest cause of mine site fatalities. As such, mining companies are always looking for ways to increase the safety of their blast sites, and with automated drones, they’ve found one.

An automated drone can equip itself with a sensor for live-streaming video that can allow for a thorough visual check of the site that ensures all mining personnel are a safe distance from the blast site. Though their applications have generally been in security up to this point, thermal imaging sensors can also be used to issue a warning when a person is detected somewhere they shouldn’t be. Either way, this allows for the most efficient and thorough assessment of the site in the crucial minutes before the blast, ensuring the safety of human lives and also ensuring all equipment is far enough away to be unaffected. An automated drone can also automatically launch and immediately begin providing crucial data, information and visibility in the event of an incident when every single second counts.

After the boom
An automated drone’s workday doesn’t end when blasting does. Then it can begin providing real-time fragmentation analysis, or completing post-blast digital elevation models or stockpile analysis or haul road inspection. While all of that is important, it’s not as important as the work that goes in to blowing stuff up. Just ask anyone, especially drill and blast engineers.