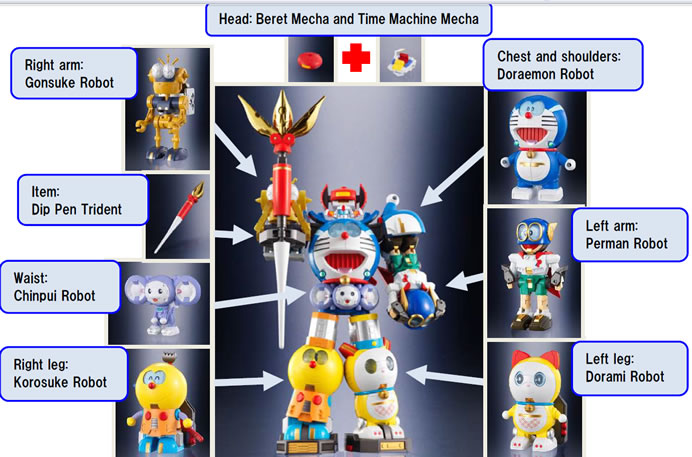 Bandai will release Chogokin Chou Gattai! SF Robot Fujiko F Fujio Characters for approximately 14,904 yen ($145) in Japan, a shape-shifting robot made up of Fujiko F Fujio characters. The robot will be released on Saturday, November 29, 2014, in commemoration of the 40th anniversary of Chogokin, the flagship product brand from Bandai, and the 80th anniversary of the birth of Fujiko F Fujio, one of Japan’s greatest manga artists. Sales will be launched in Japan and then be sold in 14 other countries. 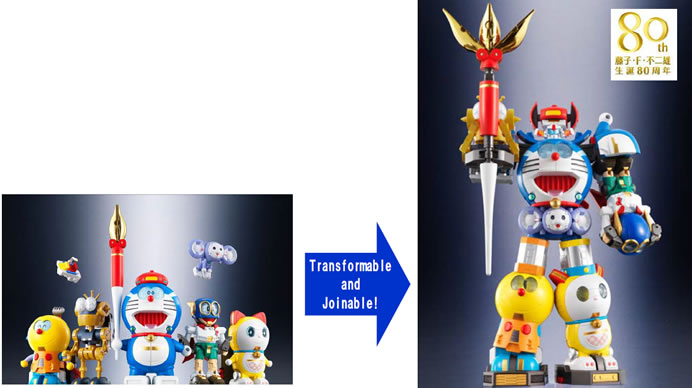 Chogokin (a registered trademark of Bandai) was a series of toys launched in 1974.The toys embodied the spirit of various robots and heroes in the form of die cast (zinc alloy) products. The first series of the toys was based on the anime program Mazinger Z and released as Chogokin Mazinger Z because of its “made from Chogokin (“super alloy”)” concept. The figure sold 500,000 units in the first fiscal year of its release, and has since gone on to be commercialized with a variety of characters. To date, about 500 different varieties of the Chogokin series have been released commercially. 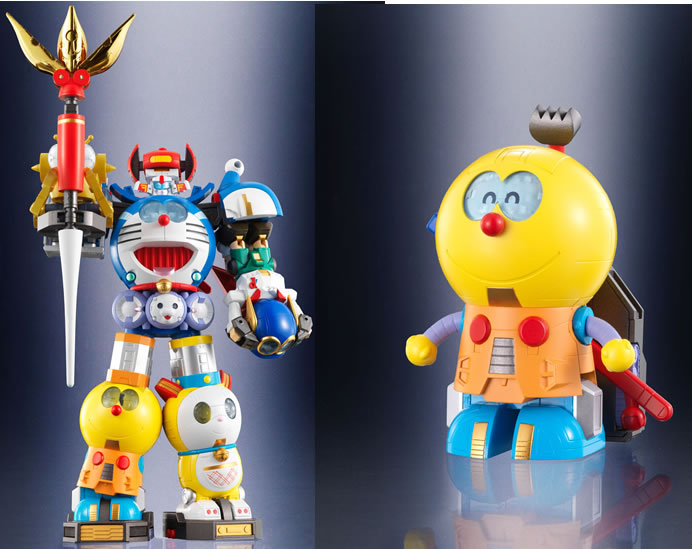 The key target market is primarily Chogokin and Fujiko F Fujio fans of both genders, aged 15 and older. The product will be available for sale mainly at hobby stores, toy stores, the hobby and toy departments of electronics stores and mass retail outlets, and online stores. The robot is made up of six smaller robots based on characters created by Fujiko F Fujio: Doraemon, Dorami, Perman, Korosuke, Chinpui and Gonsuke. Completing the set are three mecha derived from items Fujiko F Fujio loved deeply: the Beret, the Dip Pen and the Time Machine. Each of the robots and mecha are movable and transformable, and join to form a single, giant robot (full height approx. 220 mm).


READ  Pretty Little Digital Camera BONZART Lit
This commemorative robot has the transforming and joining capabilities that Chogokin fans will adore. Various characters from Fujiko F Fujio manga are secretly printed in each robot and mecha for fans to enjoy finding them while transforming. Bandai has produced an original, 3-minute promotional video description of the robot. You’ll be able to see the video from Thursday, June 12, in stores or on Bandai’s dedicated website. 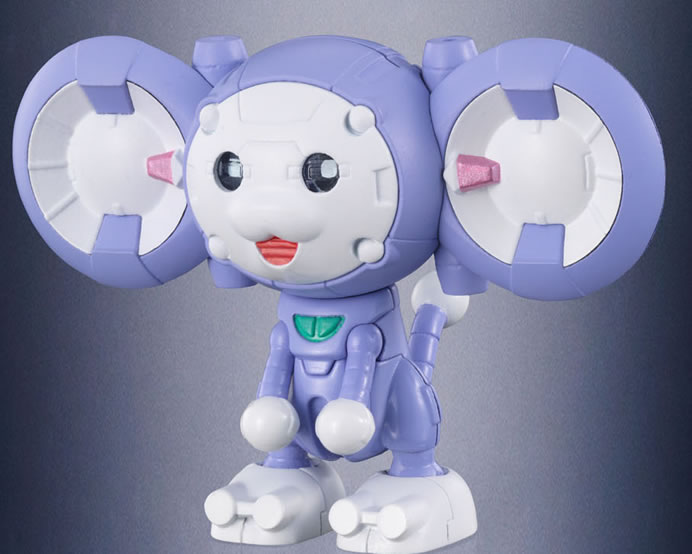 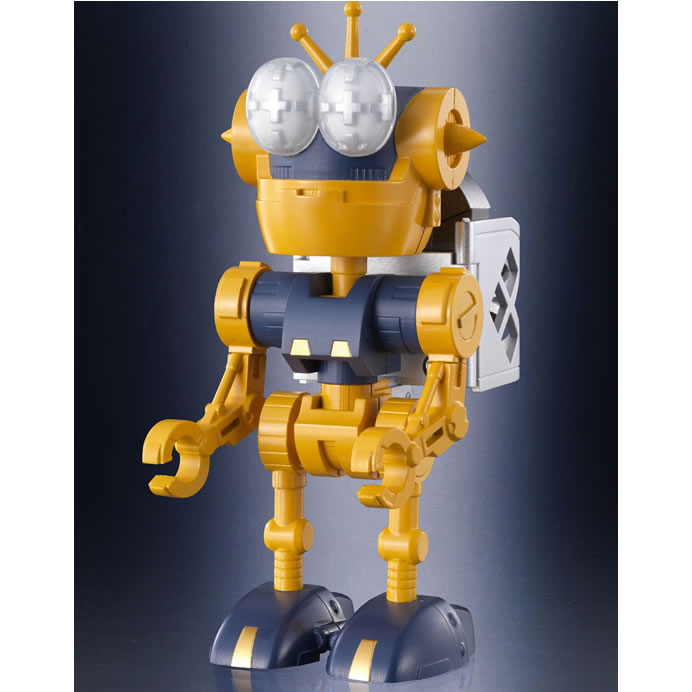 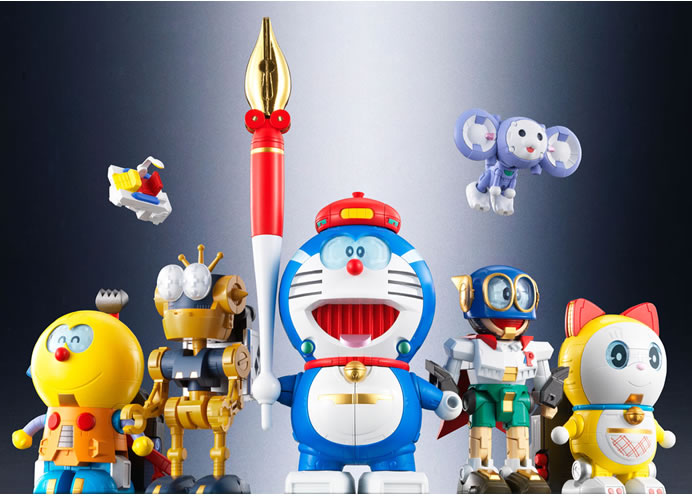