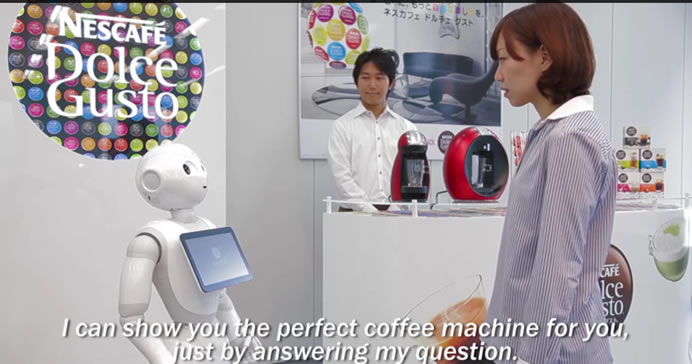 Nestlé Japan to hire 1000 robots to sell Nescafé in Japan

Nestlé Japan will soon begin using a humanoid robot to sell Nescafé machines as part of its ongoing effort to enhance brand engagement with consumers in Nescafé’s biggest market. Nescafé will use the humanoid robot Pepper to sell Nescafé Dolce Gusto and Nescafé Gold Blend Barista coffee machines in home appliance stores in Japan starting in December. Pepper is the first robot in the world that is able to read and respond to human emotion.

Equipped with the latest voice and emotion recognition technology, Pepper is able to read people’s facial expressions and listen to their tone of voice to analyse how they’re feeling. The 120-centimeter-tall robot, which moves on rollers and has what looks like a tablet computer strapped to its chest, was unveiled in June by SoftBank president Masayoshi Son. 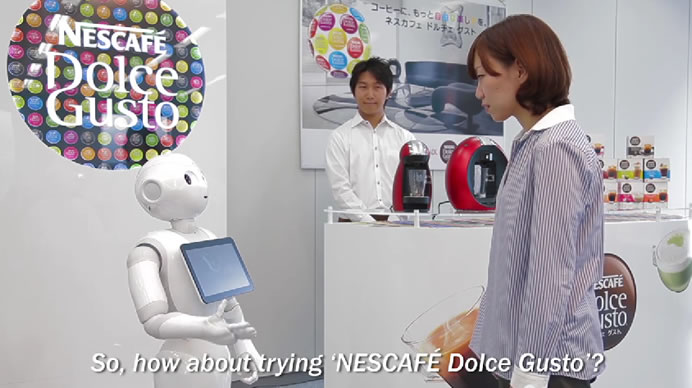 Pepper will be able to explain Nescafé products and services and engage in conversation with consumers in Japan. Pepper is produced by SoftBank Robotics, a subsidiary of SoftBank Corporation and is part of the company’s ambition to take technology beyond factory floors. Pepper will start selling Nescafé machines in around 20 home appliance stores in December. Nestlé is planning to use the robot nationwide in around 1,000 stores by the end of 2015. 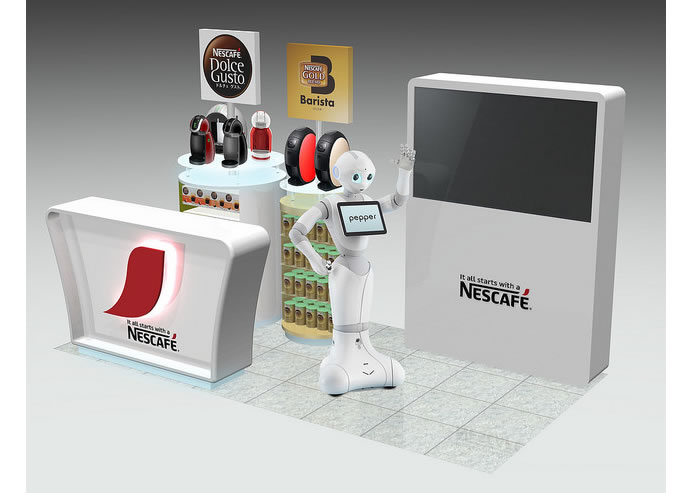