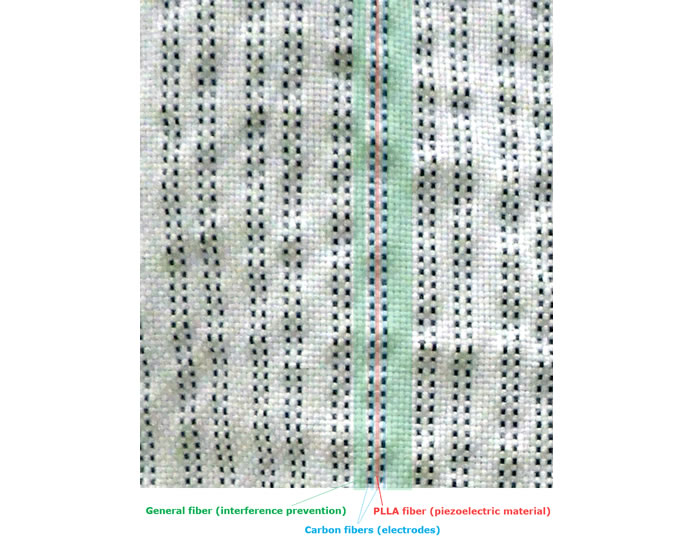 At a press conference in Japan, Kansai University and Teijin announced the development of piezoelectric fabric that can be used for wearable sensors and actuators. The piezoelectric fabric is a fabric consisting of various fibers including PLLA (poly-L-lactic acid) and carbon fibers. PLLA features piezoelectricity; therefore, when it is bent or stretched, it generates an alternating electric potential. When PLLA is used for a fabric, it is possible to realize a fabric that can detect various movements such as bend and twist. When an alternating electric potential is applied to PLLA, it can also be used as an actuator. The carbon fibers function as electrodes. 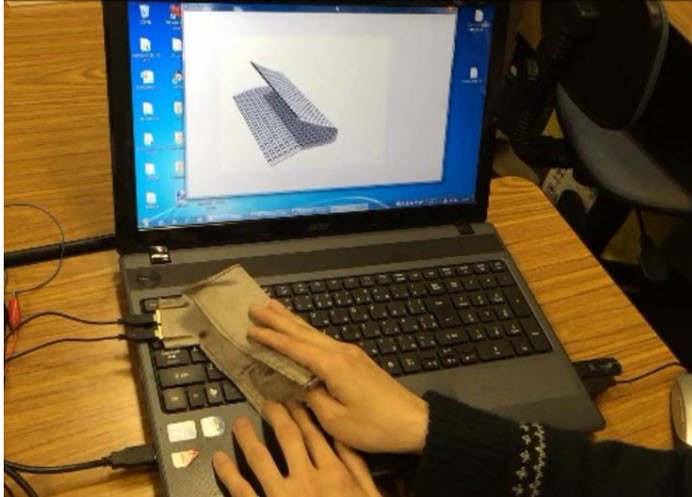 The PLLA fiber can detect only bending (stretching) movements. However, if a fabric is made of it, the fabric can detect other movements such as twisting movements. Depending on the kind of fabric (weaving technique), the “constraint condition” at the point where warp and weft threads cross each other changes, thus, changing detectable movements. Therefore, it is possible to realize a wearable sensor that can detect various movements by combining different kinds of fabrics. 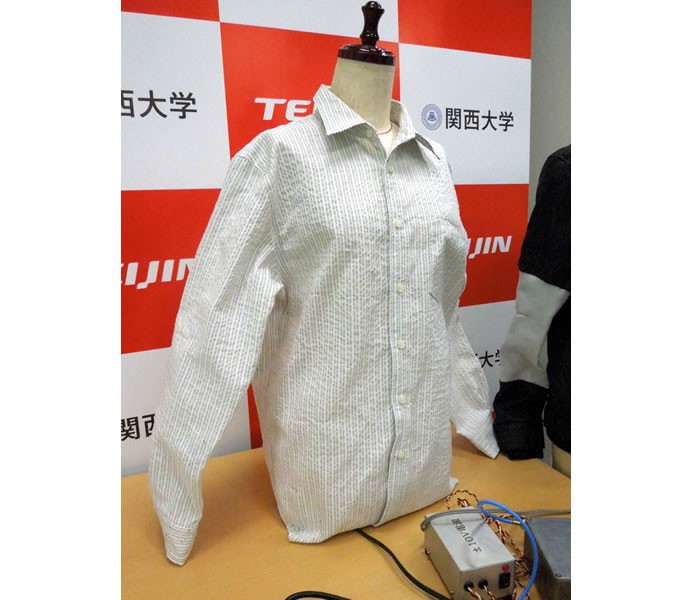