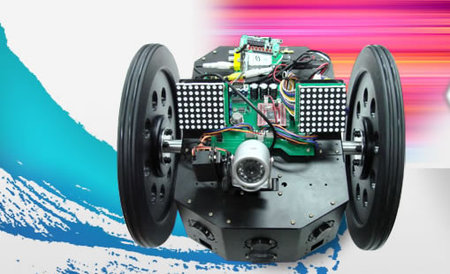 Local firemen can soon avoid jumping into dangerous blazes, as two robotic firefighters have been newly invented to be deployed into the center of a blazing inferno. The first two automated, wheeled robots will be located in fire stations in Daegu, south of Seoul for test runs. Fire Spy Robot, developed by Hoya Robot, measures 12.5 centimeters in diameter and weighs 2 kilograms. It can be easily maneuvered into a blaze to check what is happening through a camera. The other, bigger vehicle, invented by DRB Fatec, which is 88 centimeters tall and 85 centimeters wide, is developed for larger fires.

The robot can be sent into huge outbreaks with tough accessibility for an extended period of time and can withstand temperatures of up to 500 degrees Celsius for more than one hour. The trial period will run through November with 45 firehouses participating.