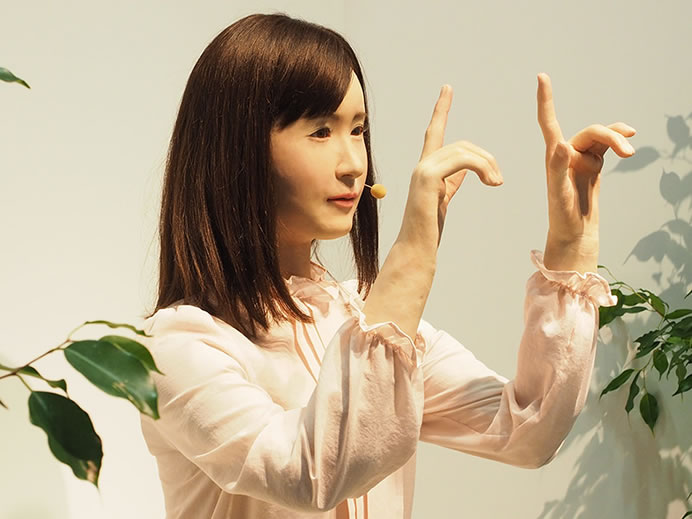 Toshiba today announced that it has developed a lifelike communication android that can move its arms and hands smoothly and use Japanese sign language. The android is a prototype that Toshiba will continue to develop towards achieving a service robot able to assist people in the fields of welfare and healthcare. The Toshiba lifelike communication android has the appearance of a friendly young woman, an impression accentuated by blinking eyes and a warm smile. At present, the android can mimic only simple movements, such as exchanging greetings and signing in Japanese, but Toshiba will integrate its wide-ranging technologies in areas including sensing, speech synthesis, speech recognition and robotic control to realize a more sophisticated social robot by 2020. 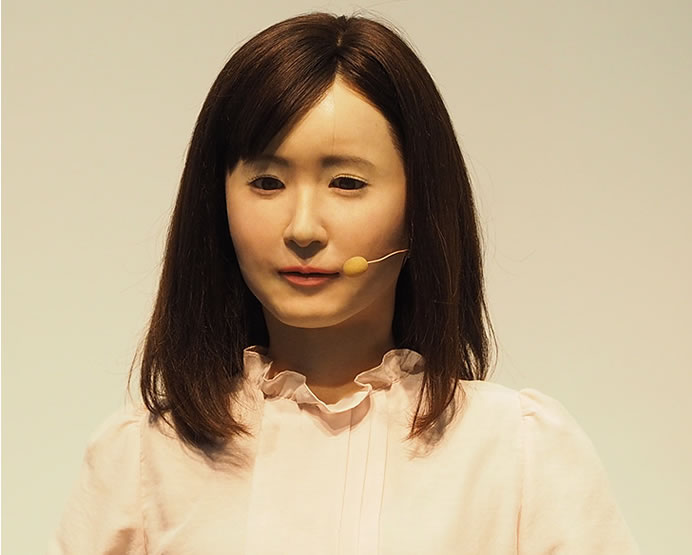 Drawing on technologies and expertise built up through the development of industrial robots, Toshiba created an algorithm to coordinate the movement of 43 actuators in the android’s joints. Shibaura Institute of Technology and Shonan Institute of Technology contributed robot driving and sensor-based motion teaching technologies, and aLab Inc. and Osaka University provided the technologies required to create a body with a human-like resemblance and emulate human expressions. As a result, the upper part of the body has a human appearance and moves fluidly. Toshiba aims to put the android into practical use as a receptionist or as an exhibition attendant within next year. 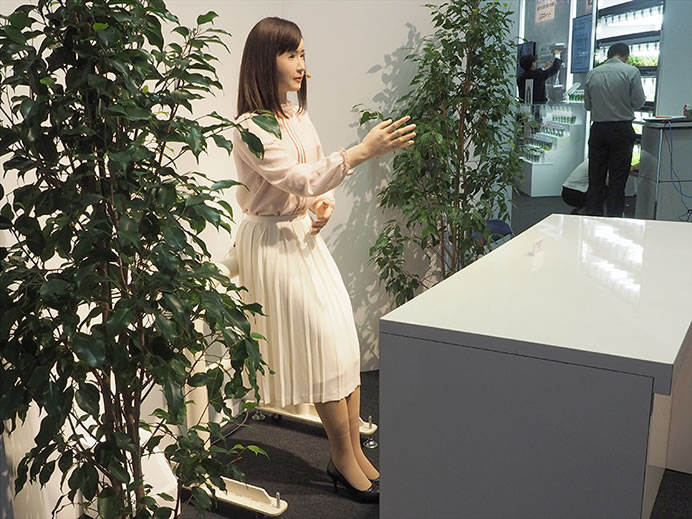 The goal is to design a companion for the elderly and people with dementia, to offer telecounseling in natural speech, communicate through sign language and allow healthcare workers or family members to keep an eye on elderly people. The android will be showcased at CEATEC JAPAN 2014, which will be held from October 7 to 11. 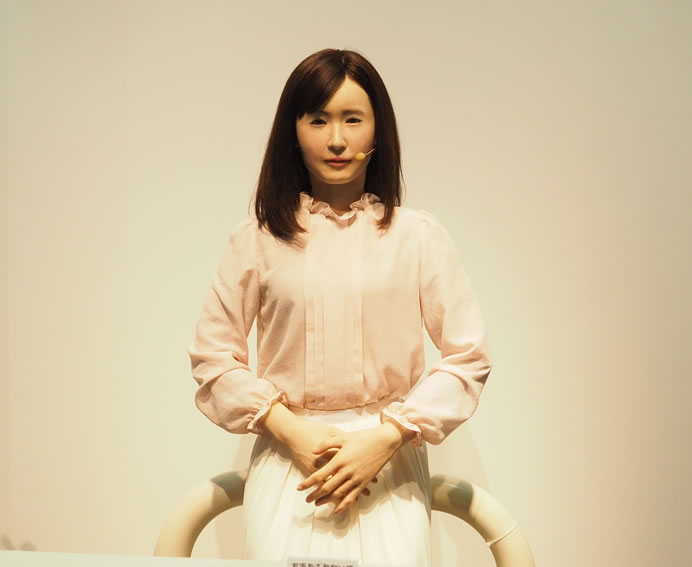