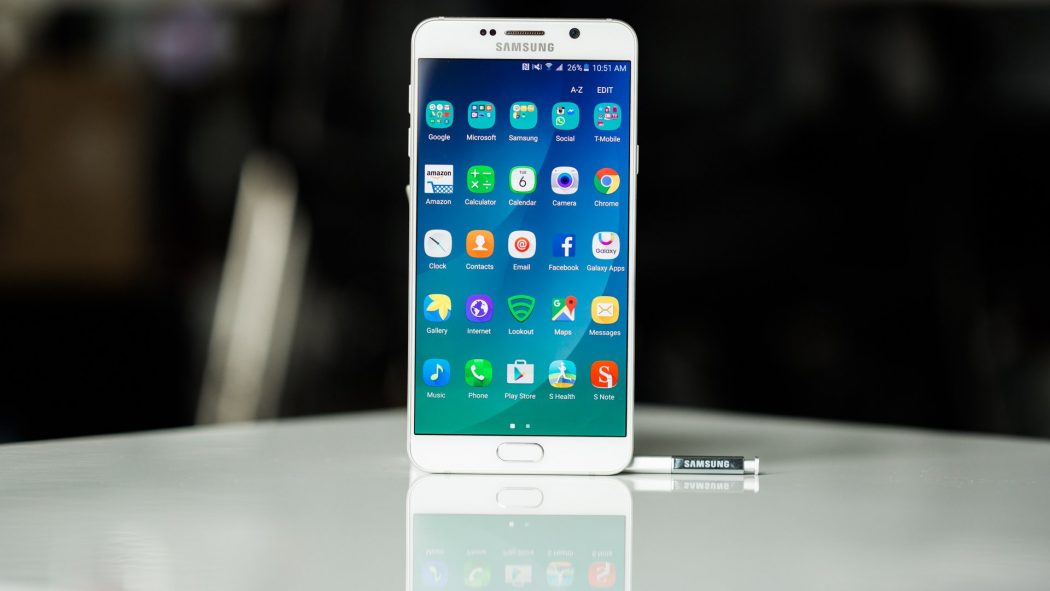 5 Reasons Why The Galaxy Note 5 is Still Worth Buying

The Samsung Galaxy Note 5 may be nearly a year old now, but it is still the most current Note in the Samsung product line — and there are still plenty of reasons to choose this smartphone.

Its Screen Is Large and Clear
The Note 5’s generous 5.7-inch AMOLED screen remains one of its greatest selling points. Only the iPhone 6s Plus can come close to its screen size, and even so Apple’s phone is still a little smaller. The large screen is ideal for playing games and watching videos, which look just as crisp as you’d hope with the Note 5’s 2560×1440 Quad-HD resolution. This outshines the screen on the iPhone 6s, whose 1920×1080 resolution screen looks a little grainy in comparison. It’s even four times better than a 720-pixel HDTV, so it easily keeps pace with more recent smartphones in the market.

It Has a Stylus
Few other smartphones have a stylus. If having one appeals to you, you’ll appreciate the Note 5’s S Pen. This fine-point stylus is ideal for note-taking, especially in professional settings in which you don’t want to seem as if you’re just playing with your phone. The S Pen simply tucks away inside the Note 5’s body, so you’ll never be without it when inspiration strikes. Take it out, and the note-taking app immediately launches. Best of all, you can use it even when the screen is locked so that you’ll never need worry about losing that fleeting thought.

Its Camera Still Impresses
With a rating of 86 out of 100 from camera authority DxOMark, the Note 5’s camera is just 2 points behind today’s leading smartphone cameras. That’s impressive for a device that’s nearly 12 months old, and it is a testament to the phone’s superior image technology. DxOMark was impressed with the way the 16-megapixel camera performed in all lighting conditions. It noted that the camera also preserves fine details better than most on the market.
If you prefer capturing moving images, the Note 5 will also impress you. In June 2016, Tom’s Guide named the Galaxy Note 5 the best smartphone for capturing video on the market. The blog noted the Note 5 captures video, at resolutions up to 4K, and audio more effectively than other 4K phones on the market. Optical image stabilization helps give smoother videos without a tripod, and live streaming to YouTube should also wow budding videographers.

It’s Relatively Affordable
For many people, the Galaxy Note 5’s relatively affordable price point will seal the deal. As new models have superseded the Note 5, its price has steadily dropped. For example, the Galaxy Note 5 is affordable at $709.99, or you can choose to pay it off at less than $30 per month on a 24-month plan. Compare that to the Samsung Galaxy S7 Edge, released in February, which costs $789.99 to buy outright. You could pay the newer phone off, but T-Mobile doesn’t offer the zero deposit option here; it costs $69.99 up front and $30 per month on a two-year plan.
If you’re considering waiting until the new Note 7 hits stores in mid-August, it’s rumored that you’ll also pay for the privilege. Early predictions price the Galaxy Note 7 at a little more than $900, or roughly $200 more than its predecessor.

READ  Get ready to meet the next GALAXY!

Its Looks Haven’t Become Dated
Some older Samsung phones show their age, but not the Note 5. Gone are the fake leather backs and cheap plastic materials we saw on so many Samsung devices. Instead, the Note 5 has a sleek aluminum design, so you won’t feel self-conscious pulling it from your pocket or handbag. Gorilla Glass 4 on the front and back will help the Note 5 maintain its good looks even if you’re a little rough with your mobile devices.

There’s no need to worry that your Note 5 will appear dated once the Note 7 is released, either. Early predictions suggest that the phones will look very similar.

With so many excellent features and an affordable price, the Samsung Galaxy Note 5 remains an enticing proposition for anyone who is in the market for a smartphone.