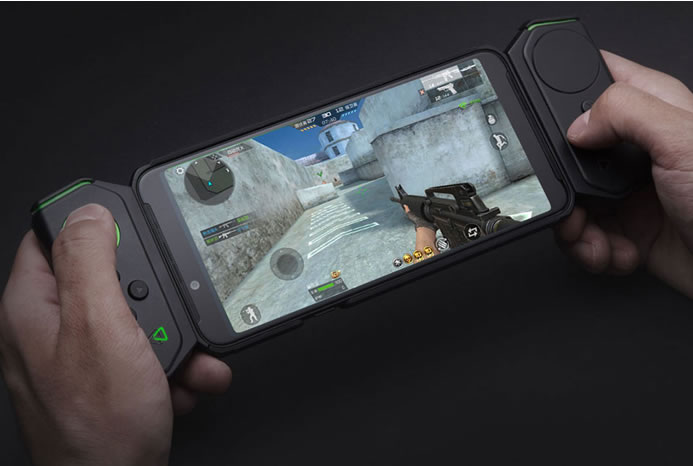 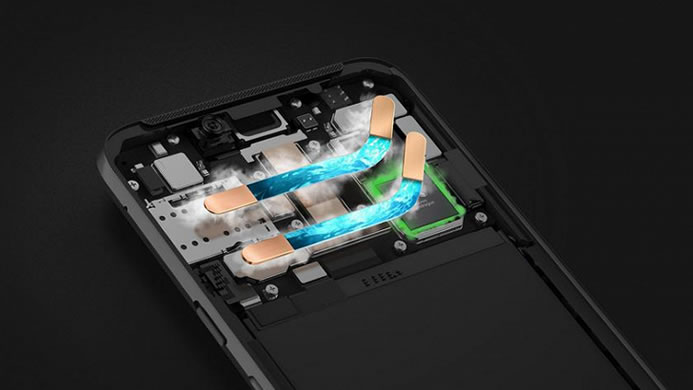 The new model comes with an efficient powerful cooling system – known as Liquid Cool. This technology greatly improves the cooling efficiency of CPU and efficiently cools the core components of the device. The fingerprint sensor design is also new compared with the previous model. The fingerprint unlock button has been moved to the bottom of the camera modules on the back panel. This avoids accidentally touching the HOME button while playing the game.

The Black Shark Helo innovatively adopts a front double sound design with a pair of symmetrical speakers on the front and on the bottom, which brings a true stereo effect and does not block the sound during the game, allowing users to immerse themselves in the game. The main camera features 12+ 20MP modules (12 MP, f/1.8, 1.25µm, dual pixel PDAF 20 MP, f/1.8, 1.0µm, AF, 2x optical zoom). The front camera delivers 20MP resolution and f/2.2 aperture. 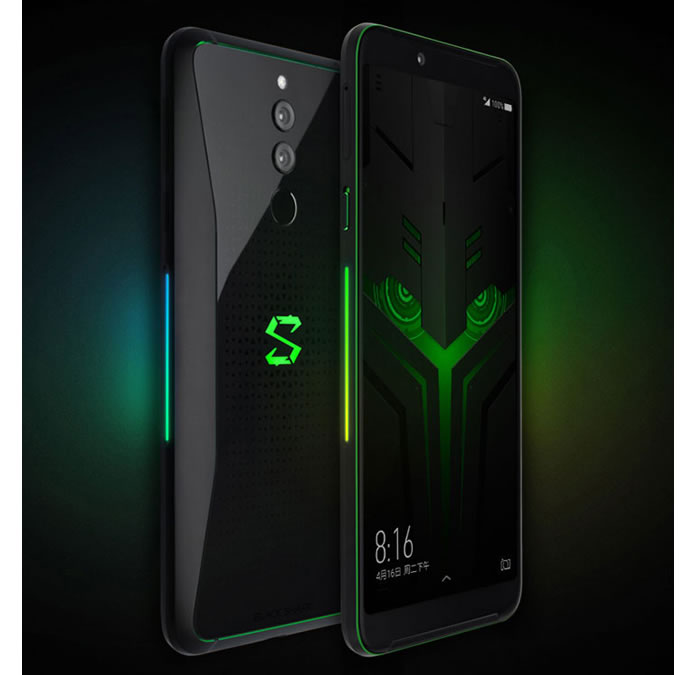 The Xiaomi Black Shark Helo is powered by a 4,000 mAh battery with Quick Charge 3.0 standard support. A dedicated mobile chip by Pixelworks helps converting SDR content to HDR in real-time. The color gamma is the same — neon green color in combination with black. RGB lighting effects were also added on the Logo and side lights. 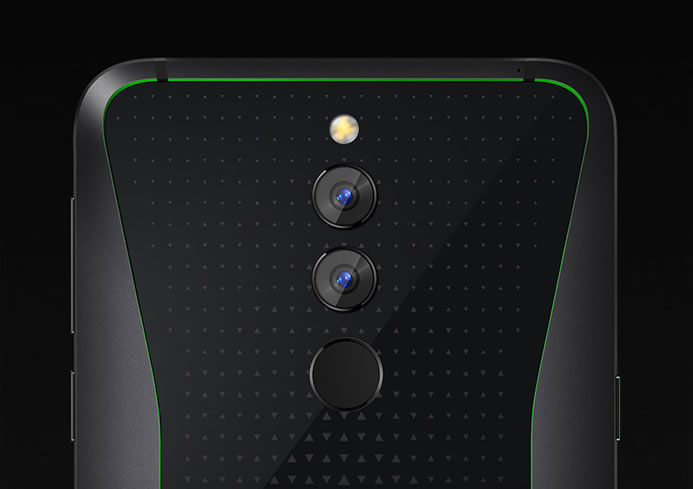 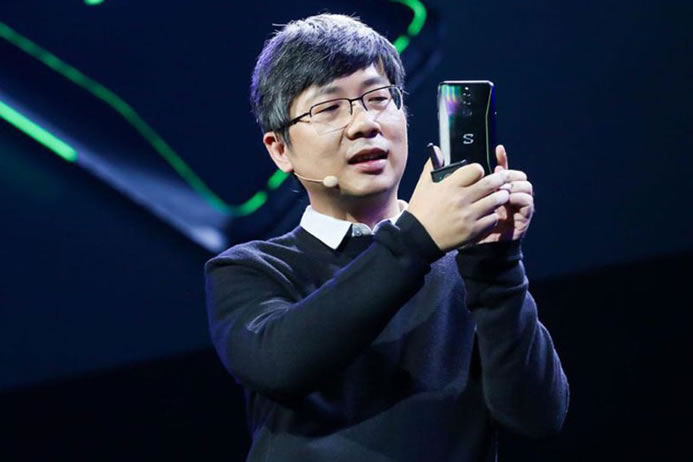