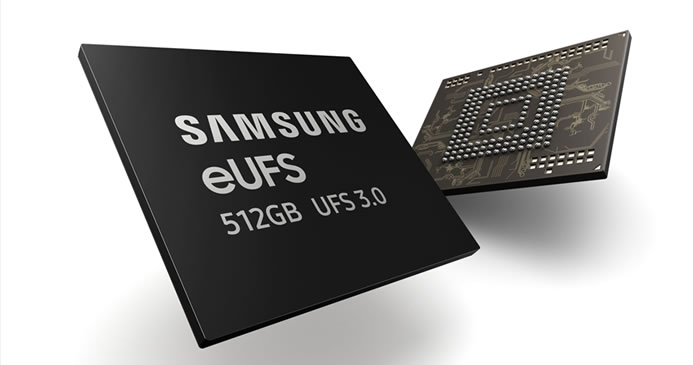 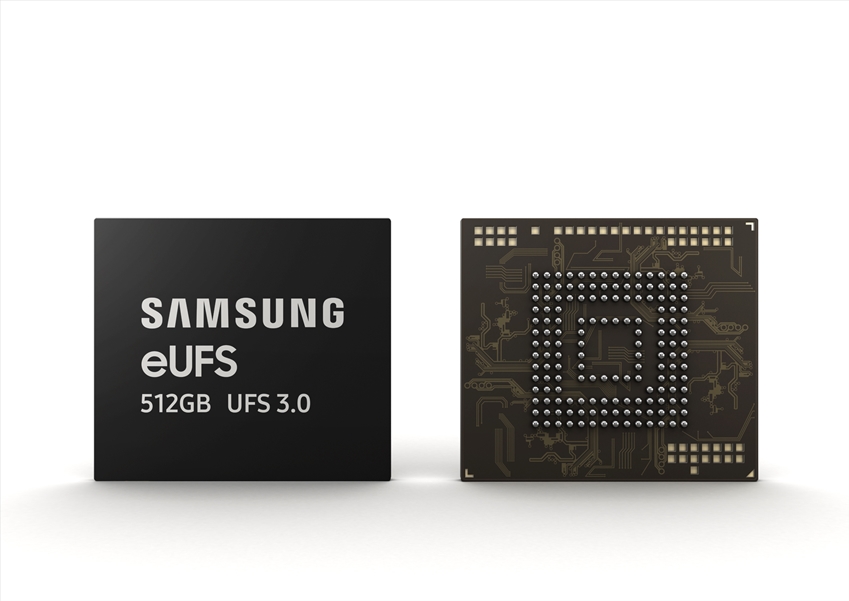 Samsung produced the industry-first UFS interface with eUFS 2.0 in January, 2015, which was 1.4 times faster than the mobile memory standard at that time, referred to as the embedded multi-media card (eMMC) 5.1. In just four years, the company’s newest eUFS 3.0 matches the performance of today’s ultra-slim notebooks. 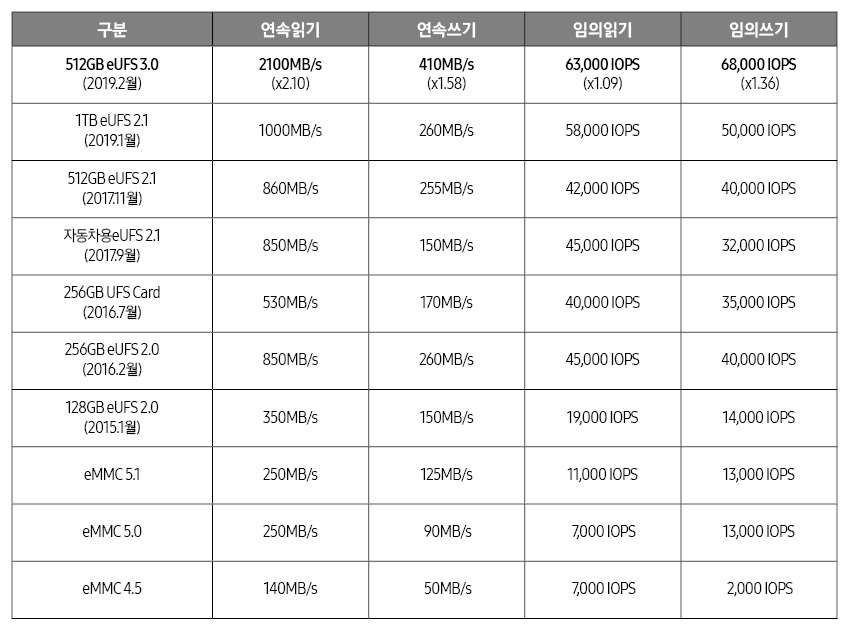 Samsung’s 512GB eUFS 3.0 stacks eight of the Samsung’s fifth-generation 512-gigabit (Gb) V-NAND die and integrates a high-performance controller. At 2,100 megabytes-per-second (MB/s), the new eUFS doubles the sequential read rate of Samsung’s latest eUFS memory (eUFS 2.1) which was announced in January. The new solution’s blazing read speed is four times faster than that of a SATA solid state drive (SSDs) and 20 times faster than a typical microSD card, allowing premium smartphones to transfer a Full HD movie to a PC in about three seconds. The sequential write speed has been improved by 50 percent to 410MB/s, which is equivalent to that of a SATA SSD. 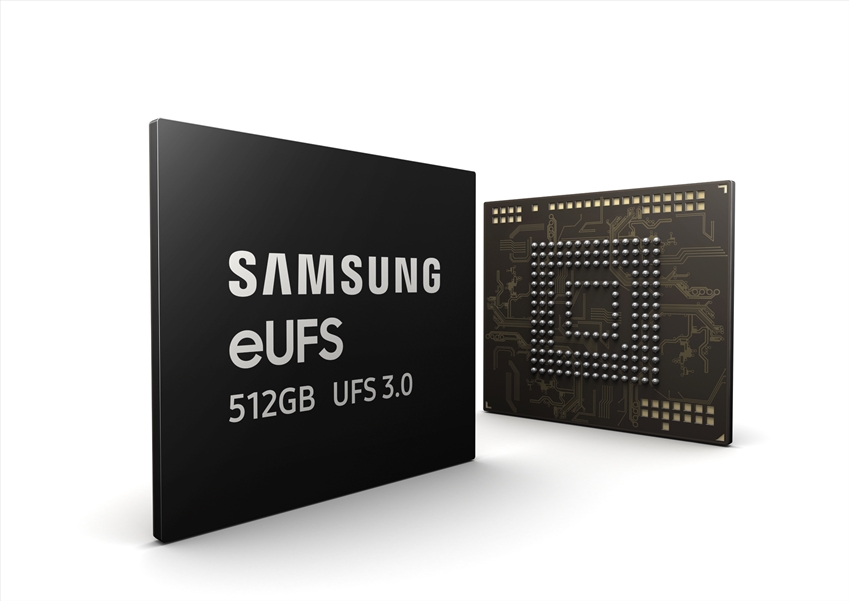 The new memory’s random read and write speeds provide up to a 36-percent increase over the current eUFS 2.1 industry specification, at 63,000 and 68,000 Input/Output Operations Per Second (IOPS), respectively. With the significant gains in random read and writes that are more than 630 times faster than general microSD cards (100 IOPS), a number of complex applications can be simultaneously run, while achieving enhanced responsiveness, especially on the newest generation of mobile devices.Samsung plans to produce 1TB and 256GB models in the second half of the year, to further help global device manufacturers in better delivering tomorrow’s mobile innovations.