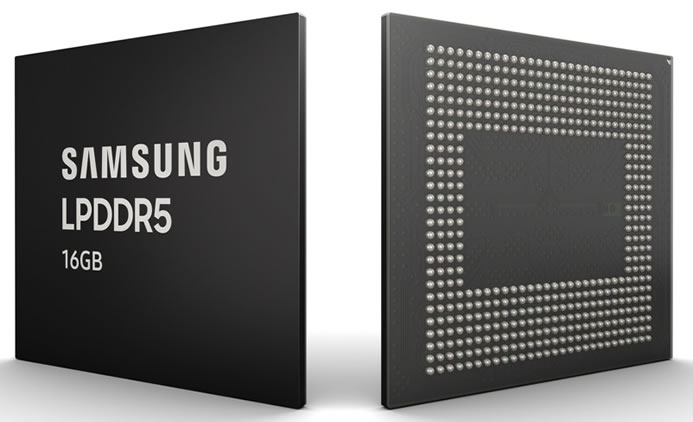 Data transfer rate for the 16GB LPDDR5 comes in at 5,500 megabits per second (Mb/s), approximately 1.3 times faster than the previous mobile memory (LPDDR4X, 4266Mb/s). Compared to an 8GB LPDDR4X package, the new mobile DRAM delivers more than 20-percent energy savings while providing up to twice the capacity. Along with the blazing-fast performance, the industry’s largest capacity supports dynamic and responsive game play as well as ultra-high-resolution graphics on premium smartphones for highly immersive mobile gaming experiences.

As Samsung continues to expand LPDDR5 mobile DRAM production at its Pyeongtaek site, the company plans to mass-produce 16Gb LPDDR5 products based on third-generation 10nm-class (1z) process technology in the second half of this year, in line with the development of a 6,400Mb/s chipset.