The new Blackfriars station – which is being built on a bridge spanning the River Thames – is on its way to becoming the world’s largest solar bridge after work started today to install over 4,400 solar photovoltaic (PV) panels for a 1.103MW solar array. The Victorian bridge, built in 1886, is the foundation for the new Blackfriars station, which is being upgraded by Network Rail to cater for more passengers and an improved train service. A new roof, added to the historic structure, will incorporate over 6,000 of PV panels, creating the biggest solar array in London. 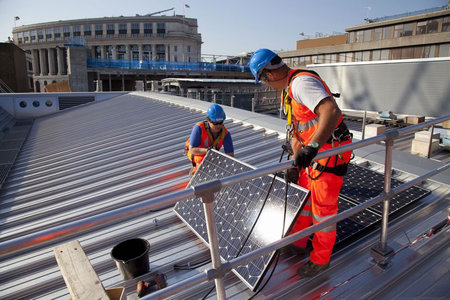 The solar panels will generate an estimated 900,000kWh of electricity every year, providing 50% of the station’s energy and reducing CO2 emissions by an estimated 511 tonnes per year. In addition to solar panels, other energy saving measures at the new station will include rain harvesting systems and sun pipes for natural lighting. The Blackfriars upgrade is part of Network Rail’s Thameslink programme, which will see longer trains running on the route from Bedford to Brighton through London. Once the upgrade is complete, up to 24 trains per hour will be able to run on the central London section of the route, meaning more seats for commuters. 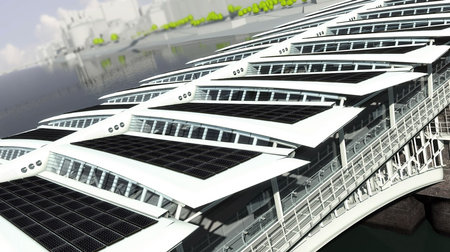 The Victorian rail bridge built in the age of steam is going to be updated with twenty first century solar technology to create an iconic station for the London city. Blackfriars station, also known as London Blackfriars is a central London railway terminus and London Underground complex in the City of London, England. Its platforms will eventually span the River Thames a short distance downstream from Blackfriars Bridge. 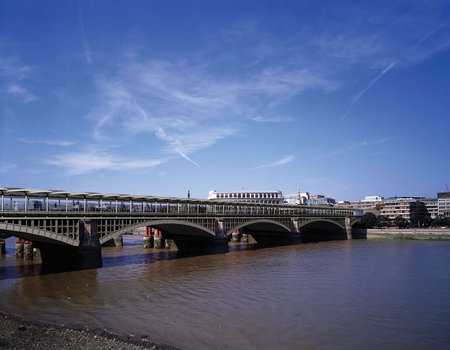