Kyocera today announced that it has supplied a solar power generating system for the Republic of Palau international airport — the 226.8kW solar installation is the largest to be completed on the island nation located roughly 500 miles east of the Philippines. The design and implementation of the parking lot solar project was a joint collaboration between Kyocera and Wakachiku Construction, with funding from Japan. 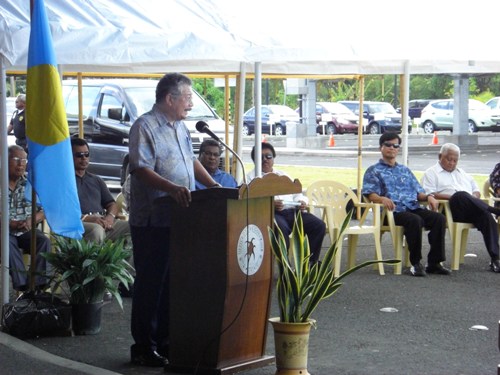 The Kyocera solar modules are installed on the top of shading structures in the parking lot. The solar power generating system, which is the first grid-connected system in the island,is comprised of 1,080 Kyocera 210W solar modules. Due to the high occurrence of typhoons on the island, the backsides of the modules have been reinforced with extra support bars for enhanced wind-pressure resistance. The system is expected to produce an annual power output of 250MWh, off-setting roughly 80 tons of CO2 per year.