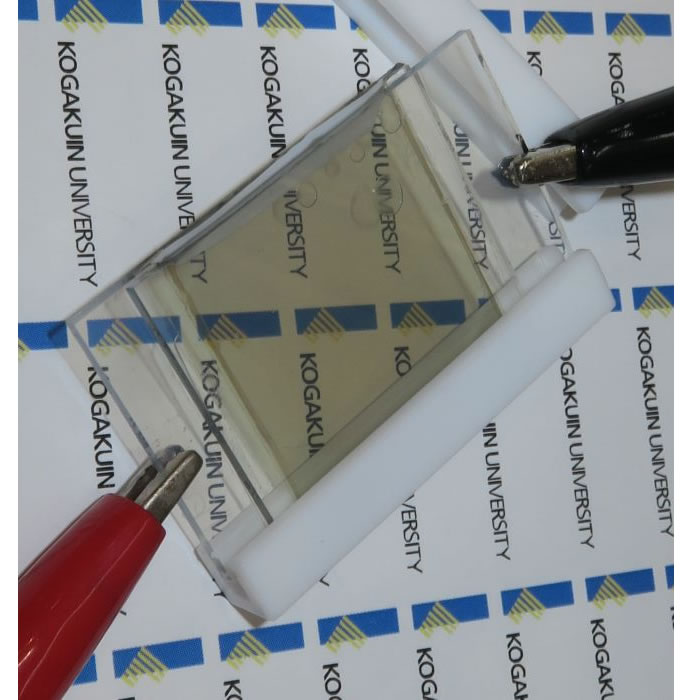 A group led by Mitsunobu Sato, president of Kogakuin University and professor at the Department of Applied Physics, School of Advanced Engineering of the university, prototyped a translucent lithium-ion (Li-ion) rechargeable battery that can charge itself by using sunlight. With the battery, the group aims to realize a “smart window,” which is an almost transparent window that functions both as a large-area rechargeable battery and as a photovoltaic cell (when the window receives sunlight, it is pigmented, lowering light transmittance).

The battery was exhibited at Innovation Japan 2015, a trade show that took place from Aug 27 and 28, 2015, in Tokyo. At the trade show, the group showed the results of an experiment in which optical charge and discharge are repeated five times by applying near-ultraviolet light with an output of 10mW/cm2, which is about 1/10 that of sunlight.