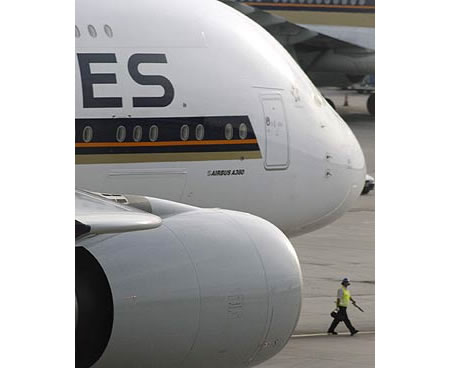 Airbus A380 first commercial flight- worth every penny!

The Airbus A380 superjumbo has touched down at Sydney Airport, marking the completion of the first commercial flight for the world’s largest airliner. Passengers on board the flight declared the price of tickets – which were auctioned for charity – worth every penny. 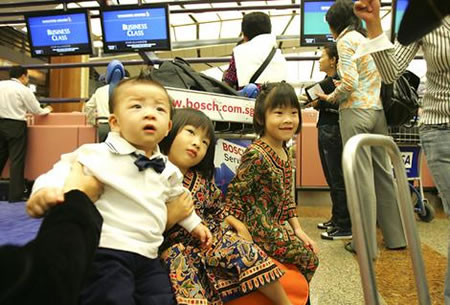 Some of the passengers were even still standing when the giant double-decker sped down the runway in Singapore and took off into aviation history, drawing a huge round of applause from those aboard. William Leong, whose 91-year-old father was the oldest person on board paid $ 55, 000 in an online auction to take his family of eight on the historic flight.”I almost couldn’t sleep because of the excitement,” Canon Ling said, as flight attendants handed out glasses of champagne in the aisles. 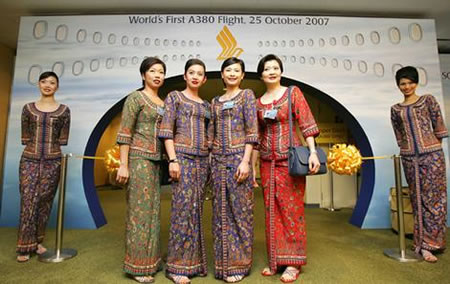 “I want to be a part of history. Ling was one of the 455 people on the Singapore-Sydney maiden flight of the Airbus superjumbo – a trip more about caviar than commuting, as giddy passengers turned a long-haul flight into an airborne party.”Every penny is worth it,” he said. He and his father were travelling in one of the 12 suites that Singapore Airlines (SIA) has installed on the A380 – a kind of super-class of private compartments that include full-length beds. 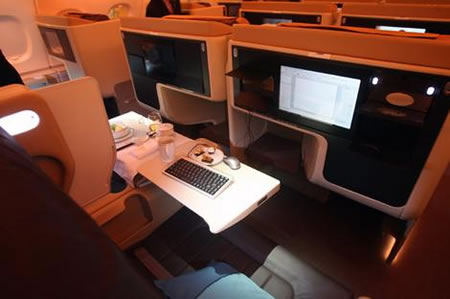 “It’s a real bed and you really sink into it,” said Julian Hayward, who got pride of place in Suite 1A for being the top bidder, paying more than $100,000 to be on the flight. For those in the suites – an ultra-luxury touch that SIA hopes will distinguish its version of the superjumbo – it was as far away from the cramped and crowded experience of budget travel as they could get. 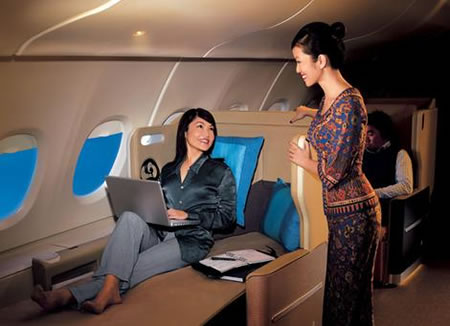 Flight attendants in figure-hugging uniforms poured endless glasses of wine and Dom Perignon champagne. When it was time to dine, seared yellow fin tuna and lobster tail appeared as starters. Two chefs on board the biggest passenger plane ever built prepared sauteed foie gras, scampi and prawn ravioli, pan-roasted duck and steamed black cod for mains.Excited travellers snapped photos of the cabin crew and each other, wanting to record the moment as they became the first to fly the biggest passenger plane plying the skies. 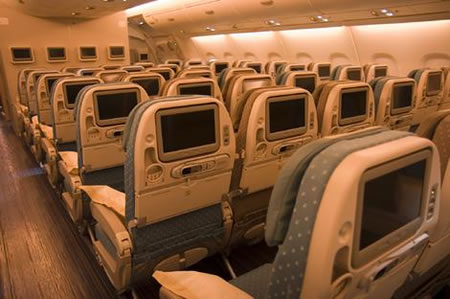 Despite the gourmet nosh and the sense of history, though, what seemed to dazzle most of all was how quiet the mammoth plane was.”I was impressed,” said Thomas Lee of California, who was invited by Singapore Airlines as a special guest because he was also on the maiden flight of the Boeing 747 nearly four decades ago. “The 747 was a lot louder.” Passengers received certificates to commemorate their journey. And on a day when the skies were clear, the enormous plane – big enough to fit 72 cars on each wing – glided through the air with hardly a bump.