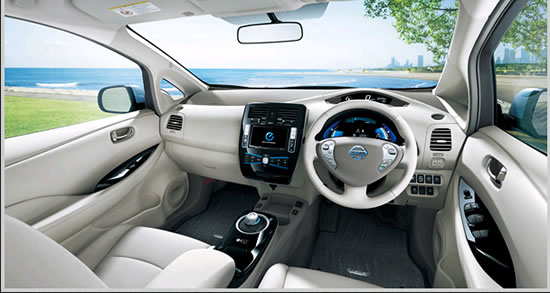 Over the last 12 months Nissan has covered a wealth of fascinating stories about technology and design – everything from easy-to-fill tires to choosing the perfect taxi yellow to engineering wizardry in the iconoclastic Nissan DeltaWing.
Here are a few best of 2012 videos about Nissan Technology and design:

A Geneva Show Walk Around:

Nissan’s deputy division general manager for product strategy and planning, the inimitable Francois Bancon, took the Global Media Center for a walk around the stands at the 2012 Geneva Motor Show.Check out some of his bon mots on the show highlights, including the Ford B-Max, Peugeot 208, Mercedes-Benz A-Class, Fiat 500L, and the Audi A3.
Taking the Wheel of Intelligent Transport:


READ  Nissan announces launch of all-new Nissan Note
Back in October the Global Media Center’s Roland Buerk tried out two of Nissan’s most unusual and advanced technologies – a LEAF fitted to automatically steer around pedestrians that step into the road, and a Infiniti G37S with a next generation steering system that uses ingenious electronics to smooth out even the bumpiest road.
Easy Fill Tire Alert:

A study in the US showed that underinflated tires triple the risk of an accident. That is one reason why Nissan recently introduced an “Easy Fill Tire Alert” system on its 2013 Altima, a way to help motorists maintain optimum tire pressure. It has been named a finalist for the 2012 Automotive Technology of the Year Award by AOL Autos, and the Grand Prize winner will be announced in January at the 2013 International Consumer Electronics Show (CES) in Las Vegas.
The Perfect Yellow:

READ  Nissan releases all-new minicar Nissan DAYZ in Japan
You might think that yellow taxis are just yellow. Not so for Nissan designers in San Diego California working on the 2014 Nissan NV200 Taxi of Tomorrow. They spent a whole year investigating different pigments before coming up with the perfect shade.
In the Winner’s Circle: