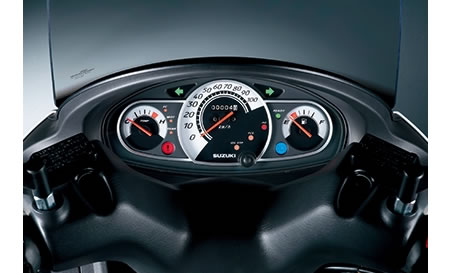 Suzuki is working toward commercializing the Burgman Fuel-Cell Scooter as a motorcycle with superior environmental performance. The trials are being conducted in the area surrounding Loughborough University in central England using a single Burgman Fuel-Cell Scooter unit. Multiple units are due to be added. Suzuki aims to make eco-friendly fuel-cell scooters increasingly common in Europe in line with the establishment of hydrogen filling stations and other necessary infrastructure.