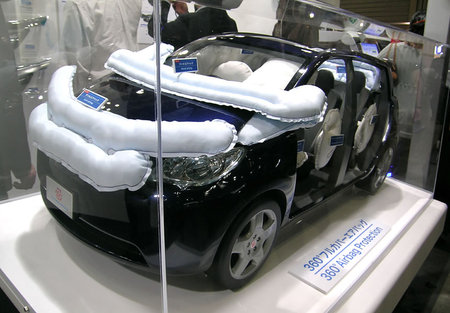 Cars with hood and grill airbags for pedestrian protection!

For pedestrian protection, Toyoda Gosei Japan, showcased two types of airbags. The hood airbag comes out from an engine room under a front hood and cushions the shock when an adult head bumps on a fender or front pillar. And grill airbag which comes out from a front grill, absorbs a shock to a child’s head or adult waist. Regarding technologies that cushion a shock to a pedestrian’s head, there is a “hood lifting,” which lifts a front hood by using gunpowder. And Toyoda Gosei defines the hood and grill airbags as a pedestrian protection technology that comes next to the hood lifting. 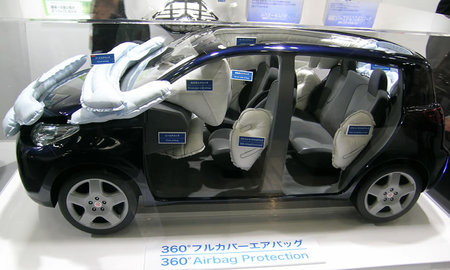 Toyoda Gosei is developing the hood and grill airbags for cars that are equipped with a pedestrian recognition system including sensors such as a radar and camera. 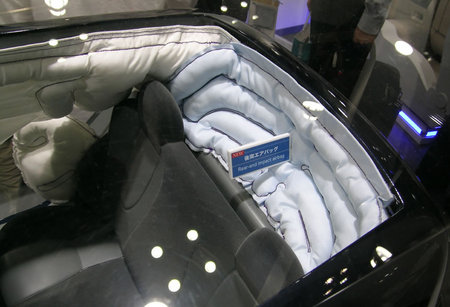 Toyoda Gosei has a yen to make more of its revenue in dollars, yuans, and euros. The manufacture of auto components, such as instrument panels, hoses, and airbags, composes about 90% of sales. The remaining 10% comes from making light-emitting diodes (LEDs) and plastic cases for cell phones and air purifiers. Major customers include Toyota Motor, which founded Toyoda Gosei in 1949 as Nagoya Rubber and continues to own about 43% of the company.