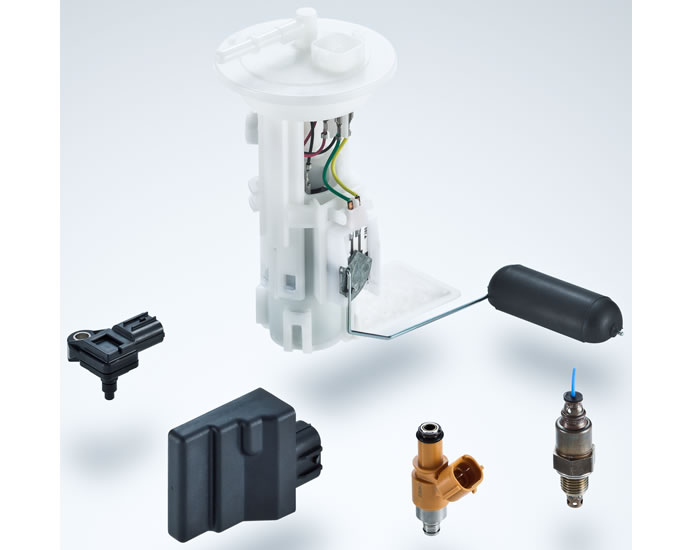 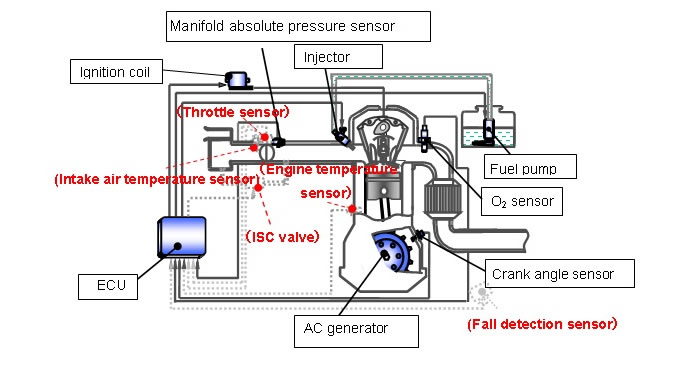 Usually, fuel injection systems are only used in motorcycles, but in recent years there has been a growing need to apply these systems to smaller motorized bikes up to the size of 150cc that are used in emerging markets, like China. Denso researched this trend and identified a low-cost fuel injection system that delivers similar fuel economy and environmental performance as conventional systems but with fewer components.