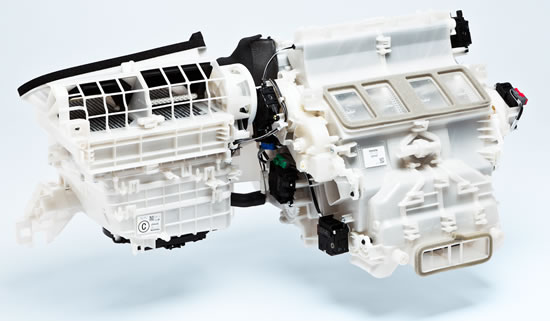 Denso has developed the world’s first automotive air conditioning (A/C) system that is capable of heating/cooling the driver’s area only. DENSO’s new system can separately control the climate in three different cabin zones, the driver, front passenger and rear seat areas, which can help improve overall fuel economy when the A/C is on. As in-dash space is limited, it is important for DENSO’s new system to maintain the same size level as a conventional A/C system. With this in mind, the company developed a new internal structure for the heating, ventilation and air-conditioning (HVAC) unit. 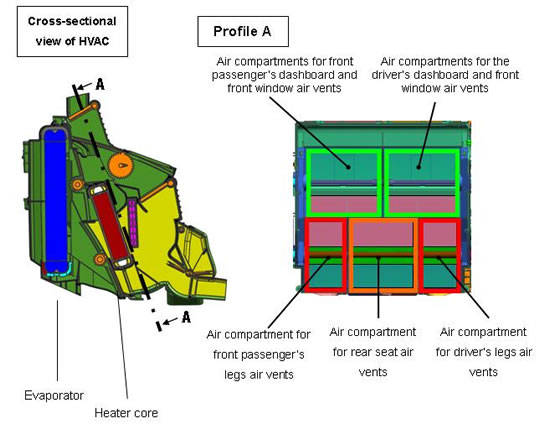