Fuji Heavy Industries (FHI) the maker of Subaru automobiles, has just unveiled the all-new Legacy (US specifications) at the 2014 Chicago Auto Show. The new Legacy ushers in the sixth generation of its model, a full 25 years since the first generation Legacy was released in 1989. A shared universal value among the past models of the Legacy is the strong, unwavering trust built up between driver and car. Over the course of the past quarter century, Subaru has consistently sought out a presence and value commensurate with its flagship model.

In order to further solidify the trust Subaru have built up, in the new Legacy, Subaru took this sentiment beyond just functional values; ride quality, environmental friendliness and safety performance such as the new EyeSight and Subaru’s first rear radar system. The Legacy’s polish gives it universal appeal as a true sports sedan providing trust-inspiring driving excitement, an inspiration to drivers to dream bigger and imagine a fuller lifestyle. 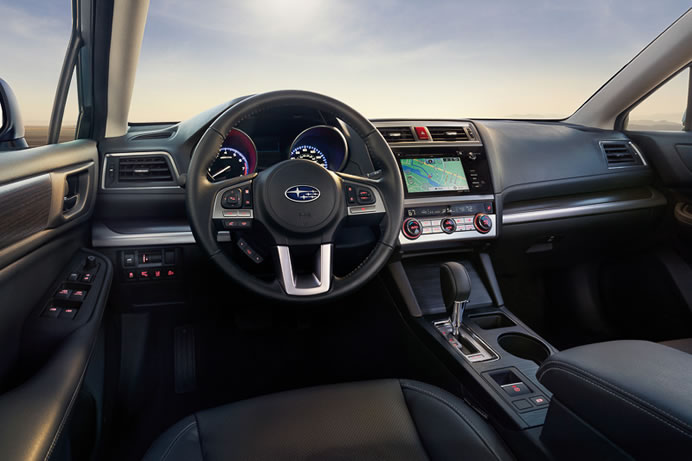 Passenger hip points have been revised to be higher for natural seat positioning than the previous one with an open vantage and better views. Space between the driver and front passenger seat has been widened to enlarge both the center armrest and console box. Also, space when seated was expanded, and the door sash frame and sun visors were thinned. All these changes go towards keeping the cabin open and less confining. Space for the rear seats has been made more comfortable by expanding the tandem distance, changing the front seat slide rail construction to expand rear seat legroom. 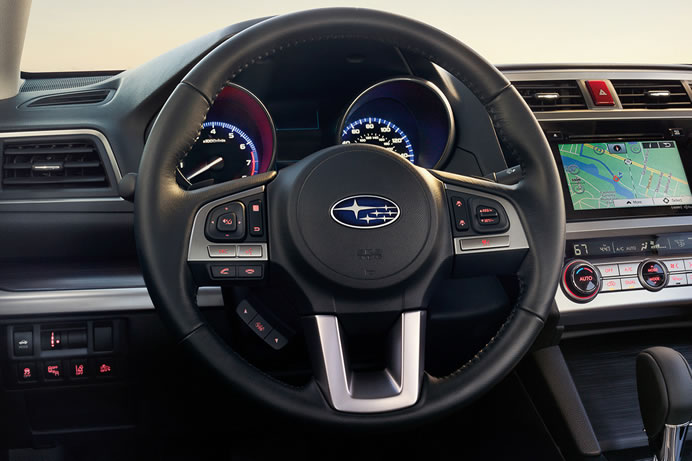 The steering system employs a small, lightweight, high-powered control unit built-in the electric power steering. This, along with increased motor output and finer motor controls, achieves an accurate and natural steering feel.The steering wheel is designed using a highly rigid core metal, and the steering column was lightened to ensure a solid, quality steering feel. Seat cushion airbags reduce tightness in the chest and waist areas to help the seat belts to better restrain passengers in the case of front collisions. 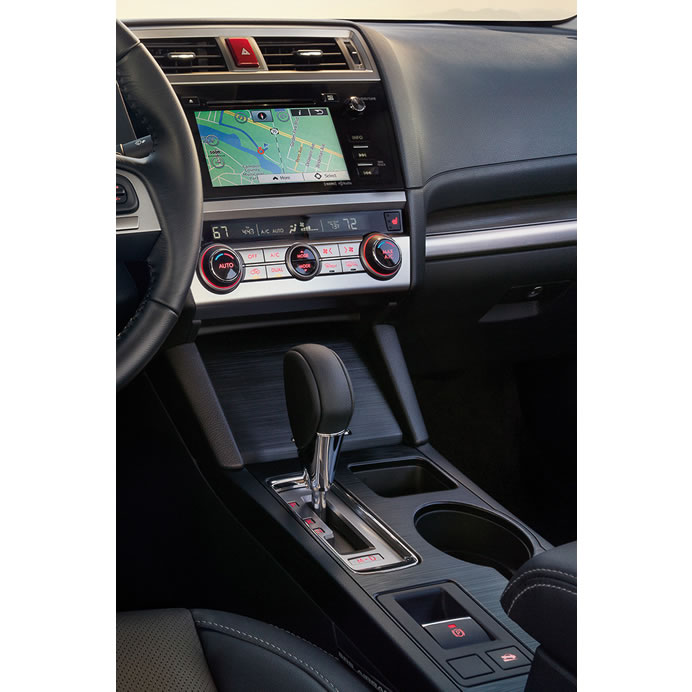