Fuji Heavy Industries Ltd. the maker of Subaru automobiles today announced the major features of its vehicles and technologies, which will be exhibited at the 40th Tokyo Motor Show 2007. Taking “Fantastic moments” as its theme, FHI will showcase Subaru’s efforts to integrate the Pleasure of Driving and Environmental responsibility. FHI will present a World Debut to its performance flagship, the Impreza WRX STI and also present the Touring 7-seater “EXIGA Concept”, which combines a liberating roomy interior space with exhilarating driving performance. Under the theme of “seven-seater panoramic touring,” EXIGA employs a large panoramic roof that covers above the front to the third-row seats. The key colors in the interior are pearl white and blue. 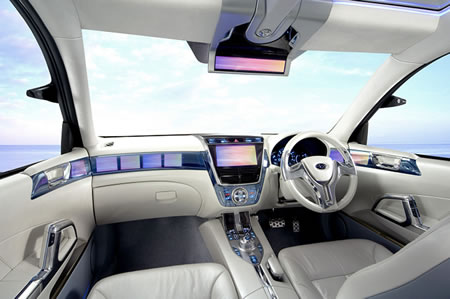 The back seat is provided with a folding table, and indirect lighting equipment is incorporated on the ceiling, side doors and other places.

The future electric vehicle “G4e Concept” fitted with next-generation lithium-ion batteries will be also on the show. The new battery also employs a technology to efficiently store lithium ion in the electrode, thereby enhancing the energy intensity to approximately double that of a manganese Li-ion battery. As a result, the cruising distance per one recharge is extended to as long as 200 km. 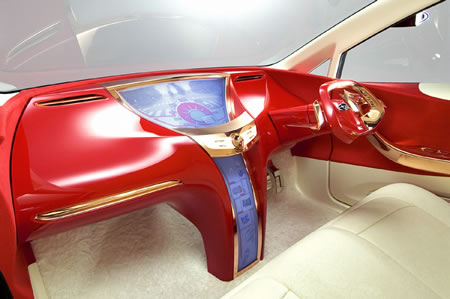 In addition, FHI will unveil the Impreza BEAMS Edition developed in collaboration with BEAMS, famous fashion retailer. Besides showcasing these models, the company will call attention to its unique environmental solutions and advanced safety technologies. In addition Fuji Heavy Industries Ltd will present its horizontally-opposed turbo diesel engine slated for launch in Europe in 2008 and exhibit the technology of its next-generation active driving assist (ADA) system.