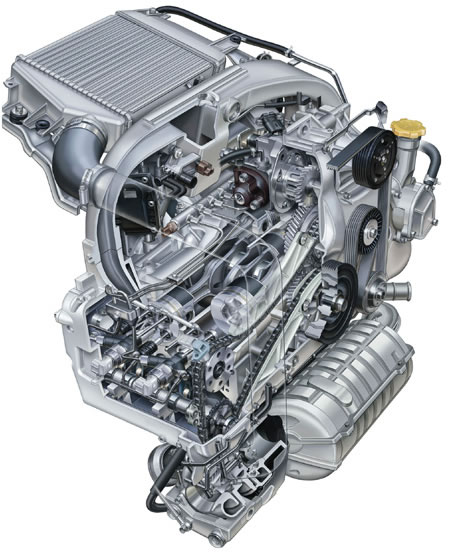 Fuji Heavy Industries Ltd unveiled the technical details of “EE20,” the world’s first horizontally opposed diesel engine for passenger vehicles on Feb 19 in Japan for the first time. Fuji Heavy Industries spent about three years to develop the EE20. The features of the engine are its lightness, smallness and rigidity. The total length is 353.5mm, 61.3mm shorter than “EJ20,” the company’s 2.0-liter natural aspiration gasoline engine. The bore pitch is 98.4mm, the same as that of “EZ30,” the company’s six-cylinder engine. The EE20 and EZ30 are produced in the same assembly line of the company’s Ooizumi Factory. 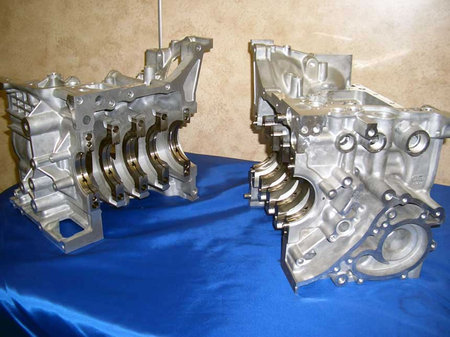 The EE20 is mounted with a variable nozzle turbocharger developed by IHI Corp. Its maximum engine speed is 190,000rpm. The turbo lag, which is a problem with turbo gasoline engines, was reduced by placing the turbo in the lower right of the engine to shorten the distance to the exhaust manifold.