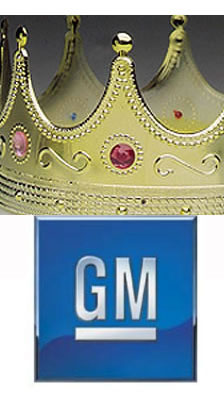 General Motors Corp is the world’s biggest automaker in 2007!

Toyota narrowly failed to dethrone U.S. rival General Motors Corp. as the world’s biggest automaker in 2007, according to annual sales data released by GM on Wednesday. GM said that its global sales in 2007 totaled a preliminary 9,369,524 units, up 270,000 units from the previous year. Toyota’s sales, including sales at its subsidiaries Daihatsu Motor Co. and Hino Motors Ltd totaled 9,366,000 units, up 570,000 from the previous year. GM’s sales exceeded Toyota’s only by about 3,500 units, keeping the U.S. automaker in the top position for 77 straight years, with robust sales in such emerging auto markets as Latin American countries and Russia more than offsetting sluggish sales in the North American market.