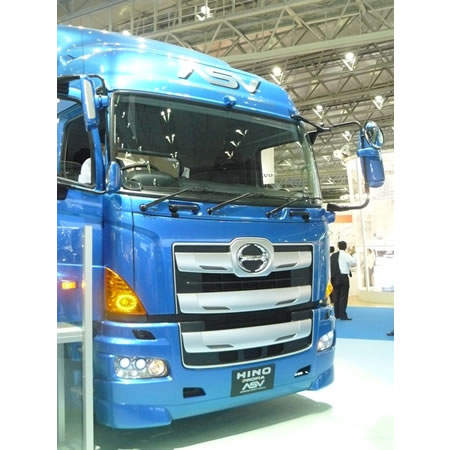 Hino Motors Japan, unveiled a monitor system for trucks to display a bird’s eye view of the vehicle in color, as well as its surroundings, captured with four identical cameras. The Hino Motors monitor system employs CCD cameras that have a high resolution of about 3 Mpixels, frame rate of 30fps and viewing angle of 140°. 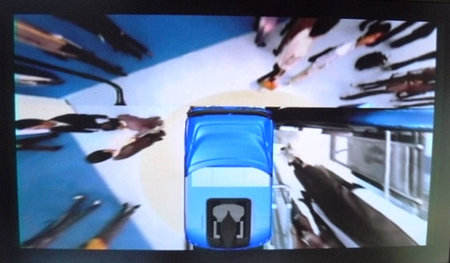 The front and rear cameras both cover the display range of about 5m, while the range covered by each of the side cameras is about 2.5m. Based on the images supplied from the side cameras, the system determines the distance with an error within about 10cm. The electronic control unit (ECU) provided for image processing is a product manufactured by Denso Corp. Hino Motors’ system is equipped with an algorithm used for detecting the movement of an object. This algorithm prevents the erroneous detection of stationary object by factoring in the relative speed between the vehicle and the object. 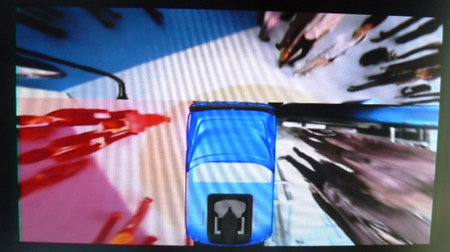 The monitor normally displays an image shot with three cameras mounted on the front and both sides of the vehicle. When the driver puts the shift lever in reverse, the image on the screen is switched over to the one shot with the cameras on the rear and both sides.

The display screen is divided into three areas. When an object moves in any of these areas, the system warns the driver by causing that area to blink in red or by sounding an alarm. Schedule for product launch has yet to be decided. The Hino Motors monitor system was demonstrated at the 40th Tokyo Motor Show, which is open to the public from Oct 27 to Nov 11, 2007.