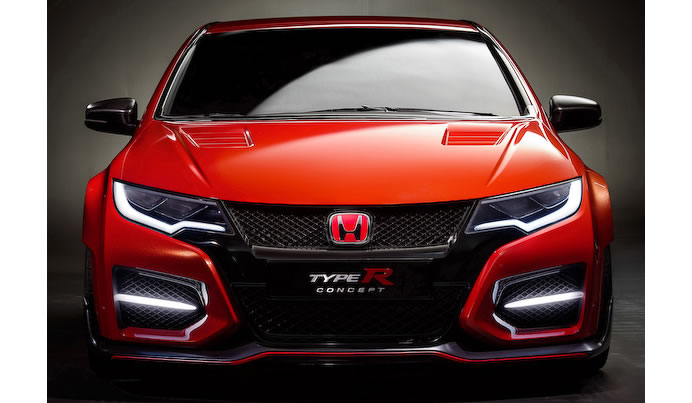 Honda today unveiled the New Civic Type R Concept at the Geneva Motor Show 2014. The highly-anticipated production new Type R will debut in Europe during 2015. Described by the design team as a ‘racing car for the road’ rather than a high performance version of a road car, the new Type R looks set to signal a new era for the marque – with the most extreme Civic Type R yet.The sleek and aerodynamic profile reflects a car designed for performance whilst maintaining the look of a road car and the distinctive character of Type R. 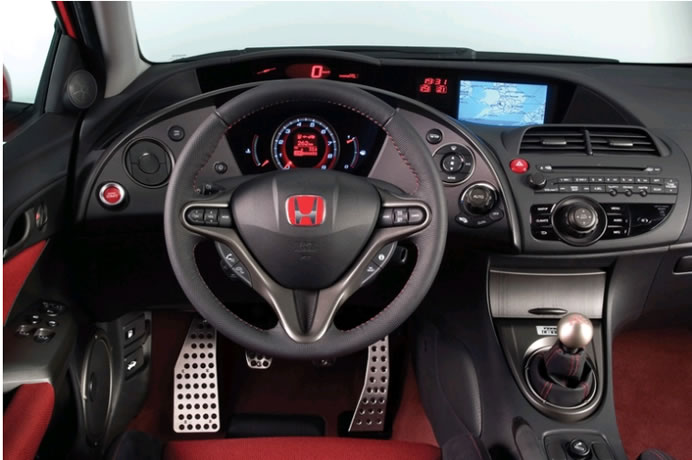 The styling of the car is heavily linked to performance, with the Type R Concept clearly showing its credentials in the exterior design. Many of the styling features offer real performance benefits, in addition to aesthetics, as confirmed by feedback from prototype testing at the famous Nürburgring Nordschleife in Germany. The shape and angle of the stand-out rear spoiler, for example, has been designed to provide additional downforce, as a direct response to information gained through track testing. Additionally, the upper and lower front grilles have been enlarged and air outlets on the bonnet provide cooling for the high-output engine. 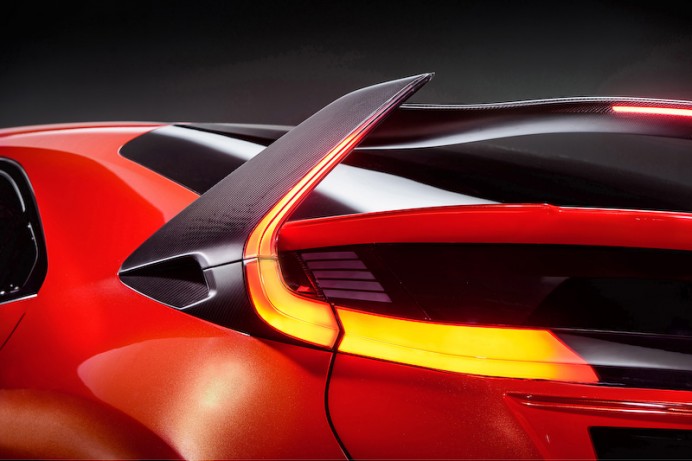 The front and rear fenders have been widened to accommodate 20-inch tires and air outlets are integrated to optimize airflow. When combined, these features deliver maximum cooling, greater grip and ultimately, optimum performance. 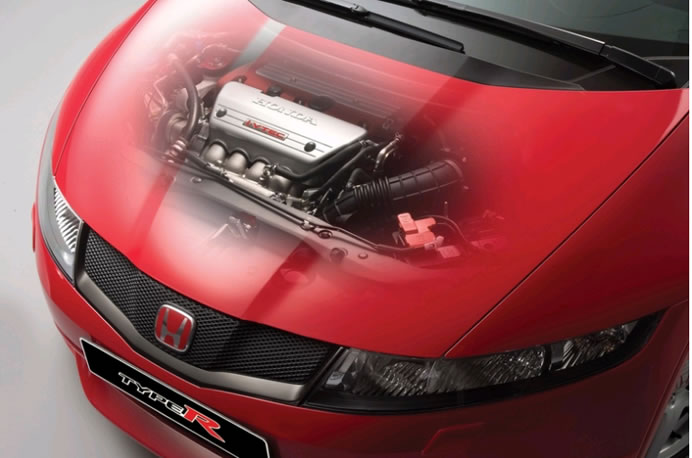 While further detail on performance is yet to be announced, Honda has confirmed that the forthcoming new Type R will be the first model in Europe to feature one of its brand new VTEC TURBO engines from the Earth Dreams Technology range. The two-liter, direct injection, four-cylinder turbo is expected to deliver class-leading output of at least 280PS and will be EURO 6 compliant. 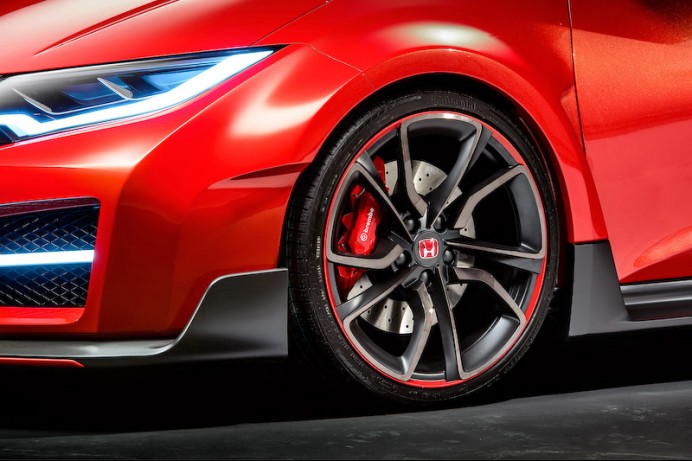 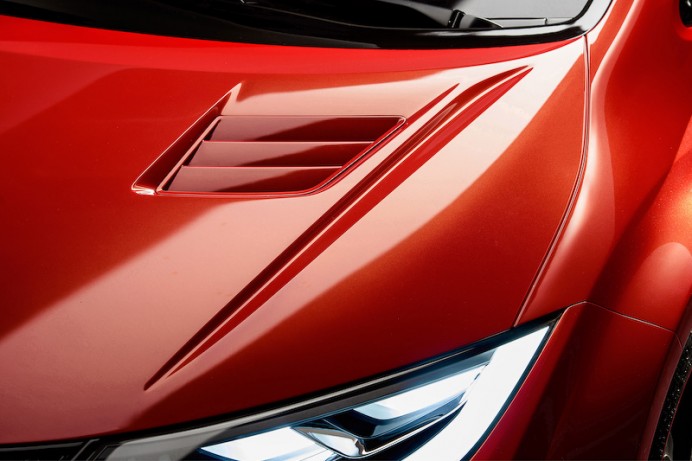 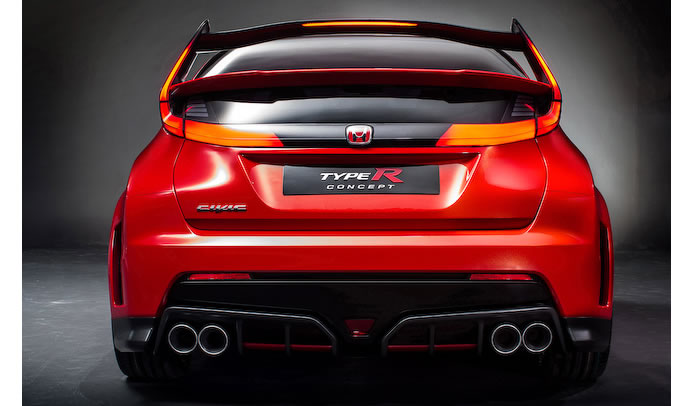